I’ve got a concert review on The Vamps for you today, yes… Another one! But this time it’s a little different… I decided to do a concert “vlog“, and film the whole day in a sort of “follow me around” style, including clips from the concert that I will talk about in this review. So I’ll leave that clip for you to watch below!

So some of you guys may have read the last concert review I did on The Vamps back in October last year on their Cardiff date of their first ever UK are a tour! (Read it here if you’d like!) And I enjoyed it so much that I decided to go again! This was the start of their World Tour, Meet The Vamps! The UK leg of this tour features special guests Union J, American pop rock band The Tide (who I introduced to you a few weeks ago (click here to read) and acoustic singer Luke Friend, who opened for The Vamps at the last arena tour.

The first onstage to open the show was Luke Friend, and I have to say I was just as amazed by his performance this time round as I was last October! However he only sang one song, probably due to the rather large amount of support acts. He sang a mash up of his beautiful track “Hole In My Heart” and “Stand By Me”, which the crowd to great pleasure in singing it back to him.

Shortly after Luke, The Tide began their set. Let’s just say, I was surprised, and rather impressed that the band sang only their own material, no covers. Quite a risk considering the crowd didn’t know the songs, although after hearing the chorus a few times they picked it up and joined in the party! They definitely did their job in warming up the crowd! They have a very similar stage presence to that of 5 Seconds of Summer and The Vamps, which I think is a product of that genre of pop-rock. From what I heard, we have a lot to look forward to when the band releases their music. Lead singer, Austin, even took a good 10 minutes to publicly embarrass 17 year old bassist Levi with a (rather cute story) about his adventures with a young girl earlier that day. Bless him.

Union J‘s set also impressed me! As a pop boyband, you need to have a certain amount of stage presence in order to keep the crowds attention, especially as they were the only artists to perform without instruments. They sang their most famous hits such as chart topping “Carry You” along with a stunning acapella performance of Take That‘s “Rule The World”, which gave me goosebumps! My friend, Laura, and I were lucky enough to have a view from backstage of the start of Union J‘s set, as well as the end of The Vamps‘. It was amazing to see the arena crowd from there, all their phone lights in the air. The band closed their set with their beautiful song “You Got It All” and I must admit, I was very impressed by the harmonies.

When The Vamps finally came on stage, opening with their famous hit “Wild Heart“, I remembered exactly why I was eager to see this band a second time! Instantly you could feel the energy radiating from the band and all around the arena! They, much the same as last time, performed all their hits and fan favourites, however threw in an unusual, yet incredible mash up of Uptown Funk, Shake It Off and We Can’t Stop, which was a definite crowd pleaser! Somewhat of a tradition for The Vamps is their video clips and segment of the show dedicated to each band member, which is definitely a characteristic of this band that makes them truly unique! Similar to last time in terms of each boy’s performance, although bassist Connor Ball, 19, did vary his from last time by playing 90’s bands, Sum 41‘s “In Too Deep” and My Chemical Romance‘s “Teenagers” which may have been unfamiliar to the young audience however for myself, and perhaps those into that genre of music, he performed them superbly!  There was also a special visitor during the performance of In Too Deep… Darth Vader paid a visit and played bass for the song, which was a nice comedic side of the show!

The band, throughout this tour, have been running the “#OnStageWithTheVamps” tag on twitter, in which fans tweet their exact seat numbers in an attempt to be chosen as the fan to get up on stage with the band, ask them a question and have a photo with the band and crowd. They closed their set with “Can We Dance” which we managed to watch from backstage once again, and that it certainly the song that gets the crowd up and dancing, even the parents!

Overall, it’s not surprising that I thoroughly enjoyed the concert, out of all the artists I’ve seen, The Vamps are one of my favourites to watch live.

Here’s some photos from the concert, credit for the photos go to my friends, Becky Ayeres and for the videos in the vlog Laura Davies and myself. Thank you girls for a wonderful day also. 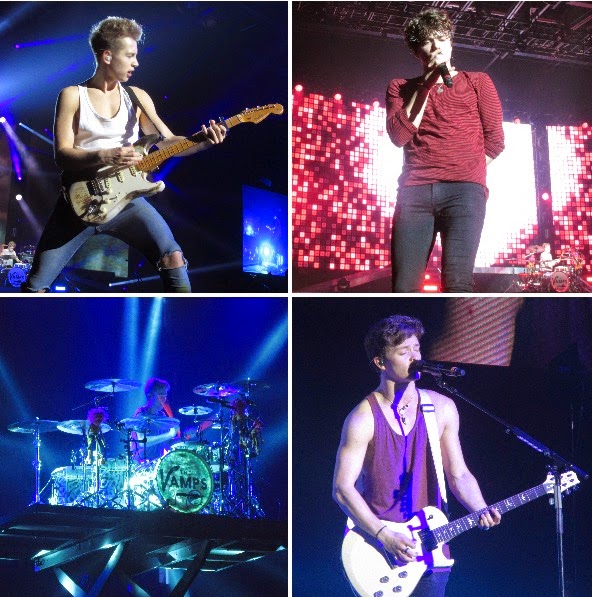 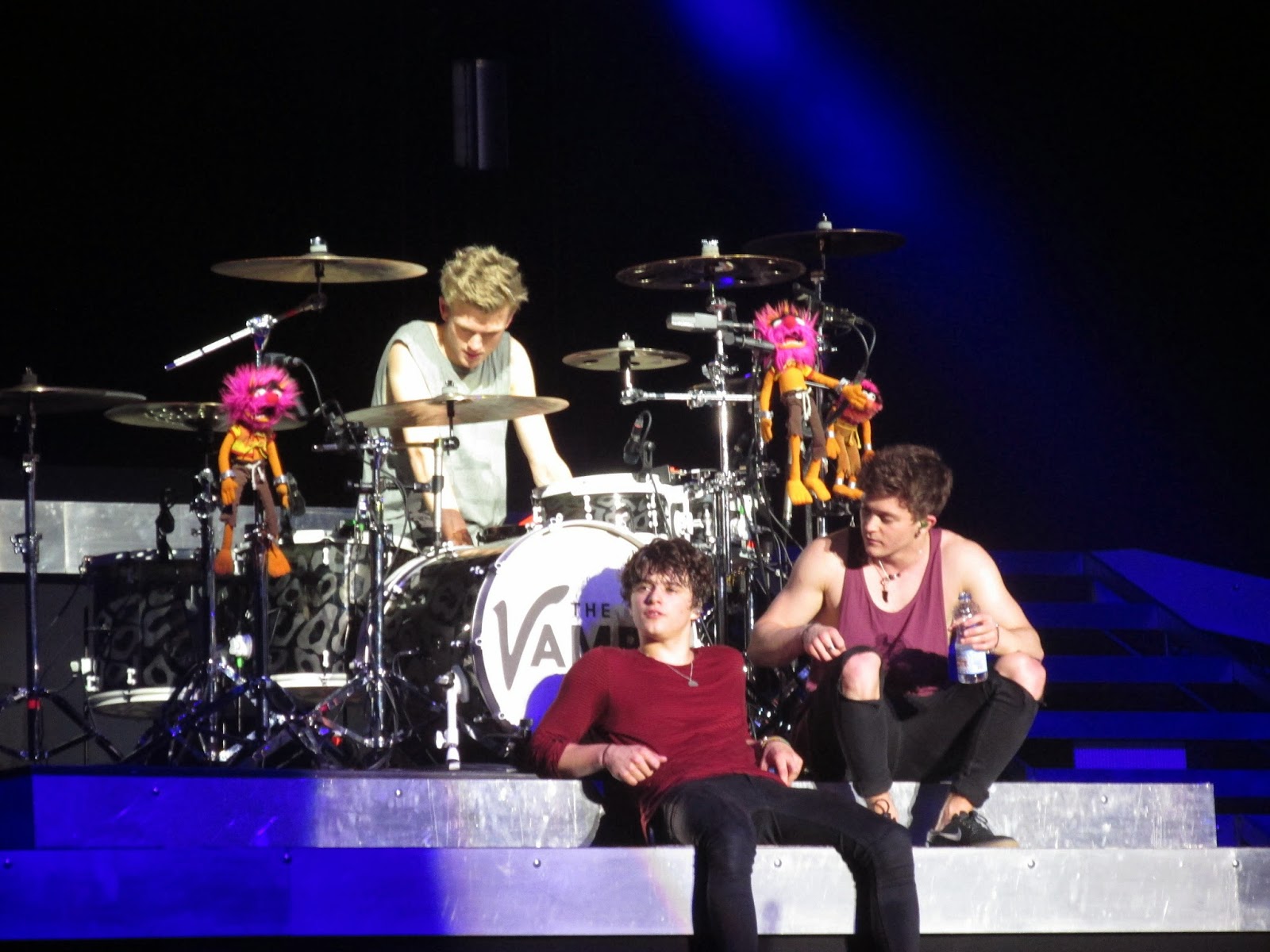 Thanks for reading guys,