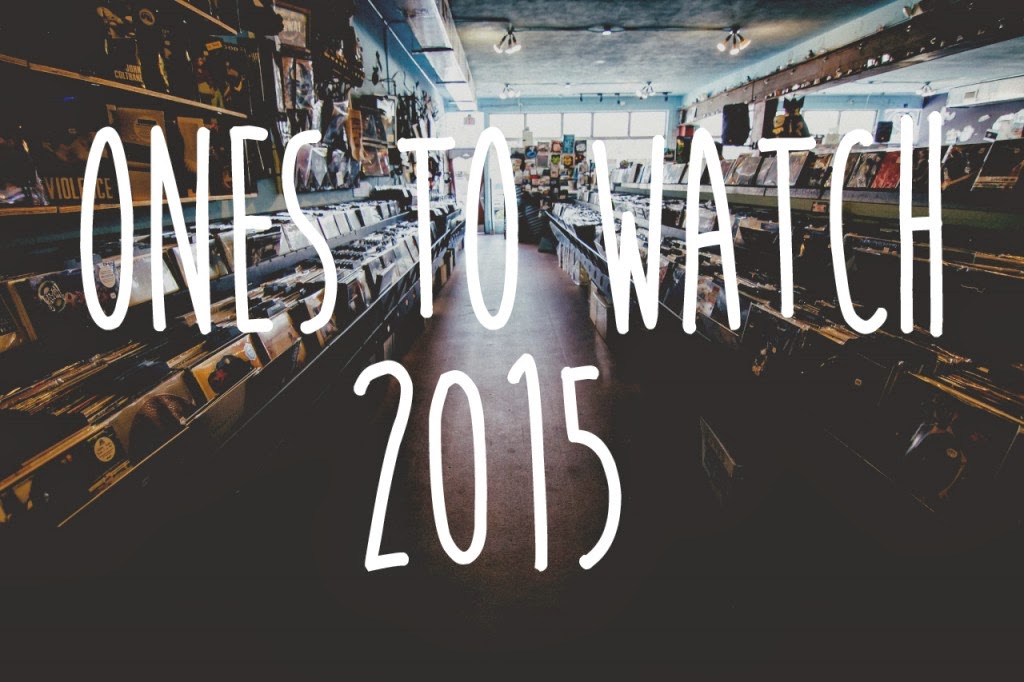 I want to try and predict some of the acts we may see a lot more of in 2015! Now obviously depending on your particular preference in music genre, this will differ from person to person, so I am going to focus mainly on popular music (although if any of you would like me to do maybe a more rock/alternative music list – I definitely will!)

Now for those of you who watch the BBC talent show “The Voice” you would have seen Becky audition in 2012 and made it all the way through to the semi finals in Jessie J’s category. With a young age of only 20 years old, I think she is one we will be seeing alot more of in the upcoming 2015! She featured on Oliver Heldings’ “Gecko(Overdrive)”  which was released in June this year and flew straight to number 1 in the UK! She along with Jess Glyne was one of the ones I have been keeping my eye on throughout the second half of 2014, although I think the New Year will present Hill with her chance to top the charts once again.

Have a listen to Becky’s latest release “Losing” which is on iTunes now! (for mobile viewing click here)

I’m throwing this band into the mix because of how much of a successful year they had last year! They ended up 28th in the UK charts with their debut album, and with their second album due for release within the first half of 2015, these are ones I will be monitoring closely! As I mentioned in a previous post, they have recently left their record label so are now an unsigned band again to make their own decisions, which hints to be a more rock sound, (which I know a lot of fans are very excited about!) I know a lot of my readers gave me excellent feedback on these guys, saying how much you liked them! To read the full post and get more info on Room 94 you can click here.

Now these guys seem to be on every “Ones To Watch 2015” list going around, and with good reason. This UK electro-pop trio has captured the attention of people all around the world with the release of their first single in August last year! Having received a tremendous amount of support from Radio 1 late last year, their catchy electronia sound  will be definitely be one you’ll be hearing a lot of in 2015, especially in the club/social scene!

The groups latest release “Desire” has attracted alot of love lately, see for yourself below! (for mobile viewing click here)

I introduced you to these guys in my previous post,(click here to read it!) although only recently forming and releasing their first cover/original previews, I’m definitely putting these guys down as ones to watch. In the short few weeks I’ve been supporting this band, social media shows just how their fan base has grown rapidly! Releasing these previews of their original tracks hints to the sort of music the band will be releasing, and it’s certainly going to be the type you’ll catch yourself singing! The response I’ve had from my previous post also demonstrates just how likeable these guys are, and they’re only just starting! I think in 2015 you’ll be seeing a lot of these guys!

Check out the bands latest preview “Stuck In Love” below, it’s my favourite so far! (for mobile viewing click here)

Now this guys is someone I’ve had the pleasure to meet and see perform live, not only is he a genuinely lovely person, but his performances are simply mesmerizing. Having supported the Australian pop-punk band 5 Seconds Of Summer on their UK tour in early 2014, Dignam gained a lot of attention with his acoustic singer/songwriter vibe. He also opened for the band American Authors in November last year, again adding to his ever growing fan base. Personally I find his material so relaxing to listen to, and it’s not difficult to tell that he is quite talented not only in his musical abilities but in his lyrics.

Here is Mike’s latest single “Hurt” is an incredible song that I absolutely adore! (for mobile viewing click here)

I look forward to reviewing this post at the end of the year! Let me know what you think of the artists/bands mentioned in this post by dropping me a tweet @SweetlyShan!