If you’re following me on any of my social media’s you’ll already know that last weekend I paid a visit to the Sunday-aka the final day of Reading Festival. I did vlog the day as well as film a get ready with me, both of which will be uploaded onto my YouTube soon! As for the festival itself, I throrougly enjoyed my first time to this prestigious festival and so decided to write up a post on my favourite acts. 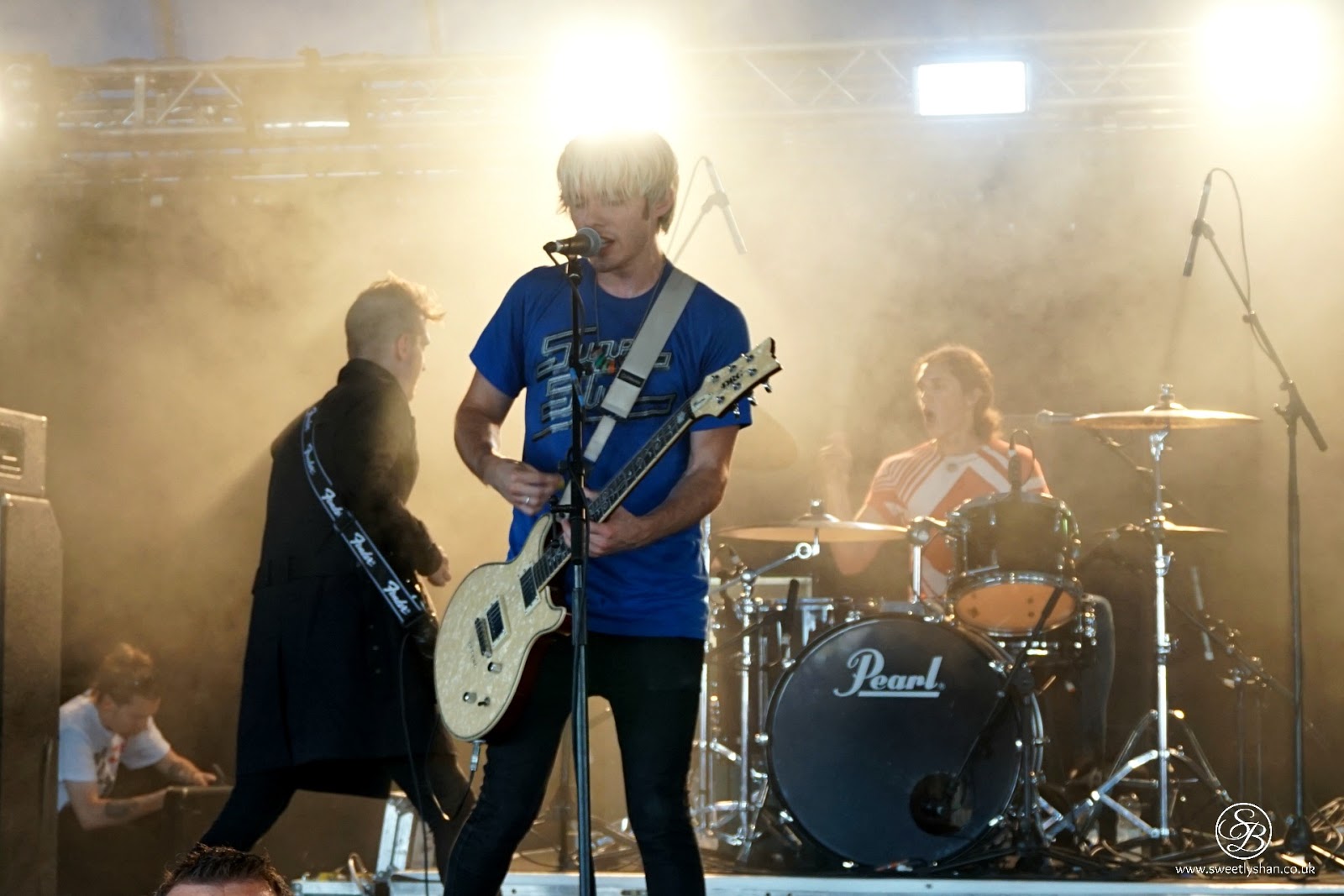 If you’ve followed this blog (or any of my social medias) for any length of time you’ll know how much I talk about the American band Waterparks. It was my second time seeing the band live, after seeing them perform their first headline show outside of their home-state, Texas in London last May, and they did not disappoint at Reading. There was a noticeable step up in their performance on stage even being a man down (with guitarist Geoff still back in the States nursing a broken hand) although 30 Seconds to Mars legend Mikey Way became a temporary third member (joining singer Awsten and drummer Otto) whilst the band completed their UK shows. The tent housed a rather large crowd for their set, some clearly existing fans of the band who sang along to every word but many being festival goers intrigued to discover new bands, and from the crowd reaction I think they very much liked Waterparks. Tonight Alive are a band that have been one of my favourites for a very long time. Reading Festival being my first time experiencing their live set I was intrigued to see if the band lived up to my exceptions. They did. Although only being able to catch the last half of their set, what I did see was a tent crowded with people to see front woman Jenna McDougall and the rest of the band display an exceptional set although with a lengthy motivational speak centred around the topic of individuality and acceptance. I managed to catch a clip of this speech in my vlog (which I shall leave linked at the end).  Jenna’s voice is just as impressive live as it is on the band released tracks which is something I was interested in hearing. 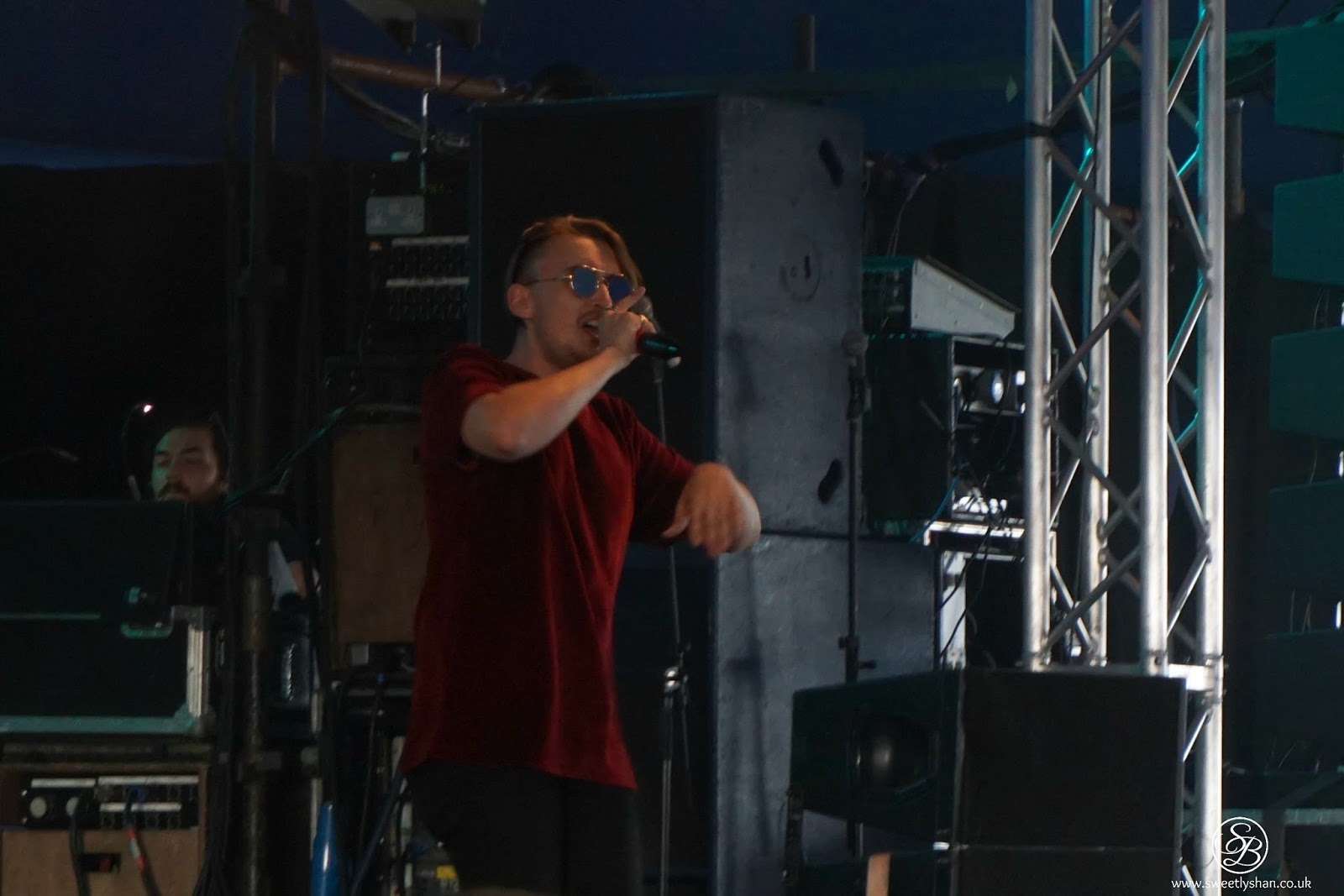 gnash is an artist that I’d only ever heard 1 song by before Reading Festival, the chart toping ‘i hate u i love u” featuring Oliva O’Brien however a friend of mine is a huge gnash fan so we paid a visit to his set, little did I know I would discover one of my new favourite artists. Not usually my kind of my music but gnash seems to have convinced me with his live set being absolutely incredible and his personality came across portraying him as a genuinely nice person (making me like him that little bit more!) 19 year old Californian singer/songwriter GoodyGrace joined him onstage to perform a few tracks and both artists were very successful in getting the crowd moving. I have to say I was pleasantly surprised by gnash performance and am glad to have discovered a new artist to add to my playlists. 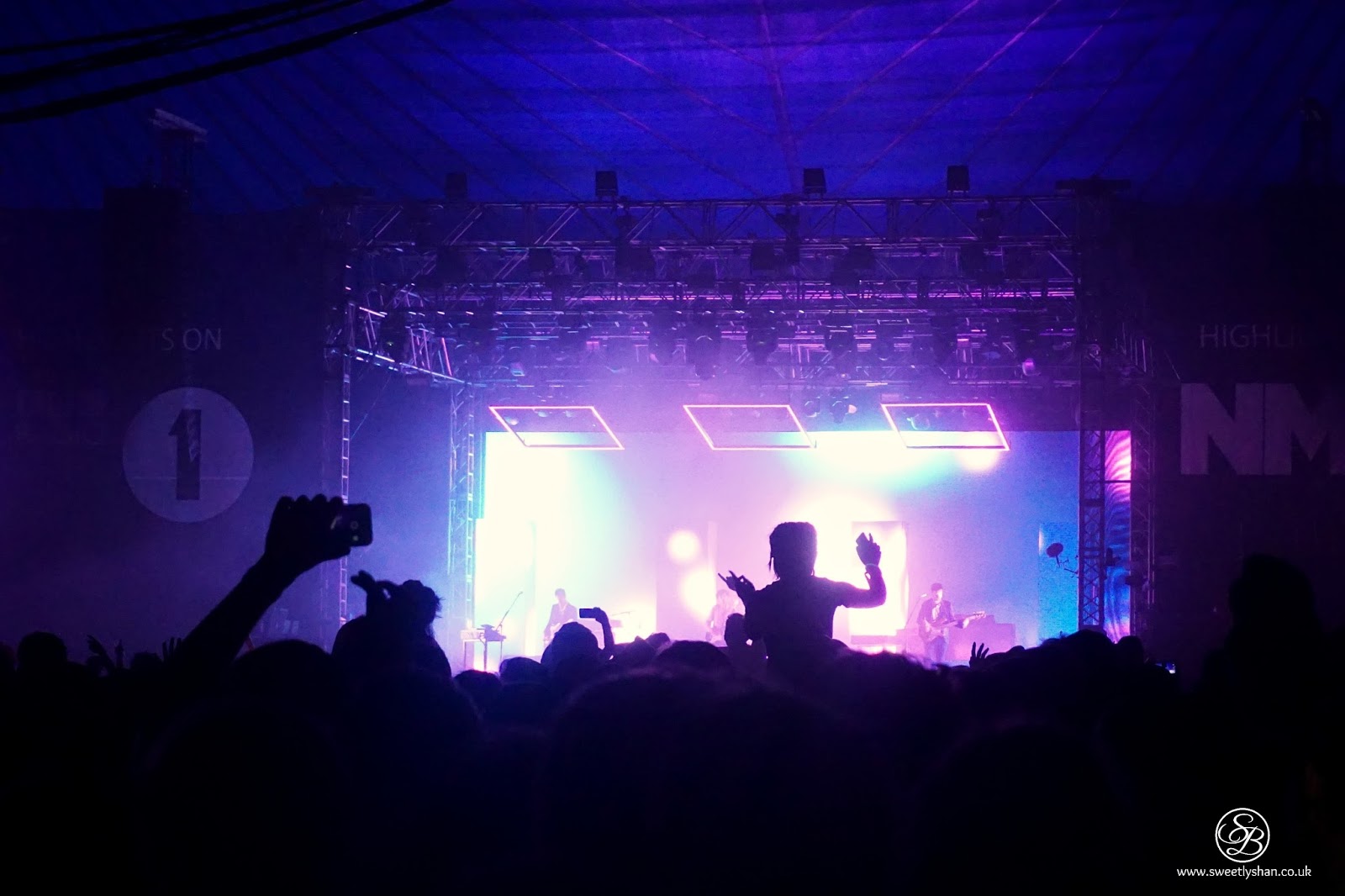 The 1975 are a band that I have listened to for years now, much like the rest of the world and they have been on my “band bucket list” ever since the release of their single “Chocolate”. 3 years later and I finally got to see that band perform the song live, which did not disappoint. Matty Healy lived up to his laid back “I don’t give a f*ck” attitude on stage and through the performance, stood mid stage with a microphone in one hand and a cigarette in the other. With the band headlining the NME stage at the same time Good Charlotte and Biffy Clyro were headlining two of the festivals other stages, I only managed to catch half of their set although I can say the band had the crowd in that palm of their hands. Never have I been part of such a relaxed and entranced by the music, but it was a beautiful sight to be apart of. 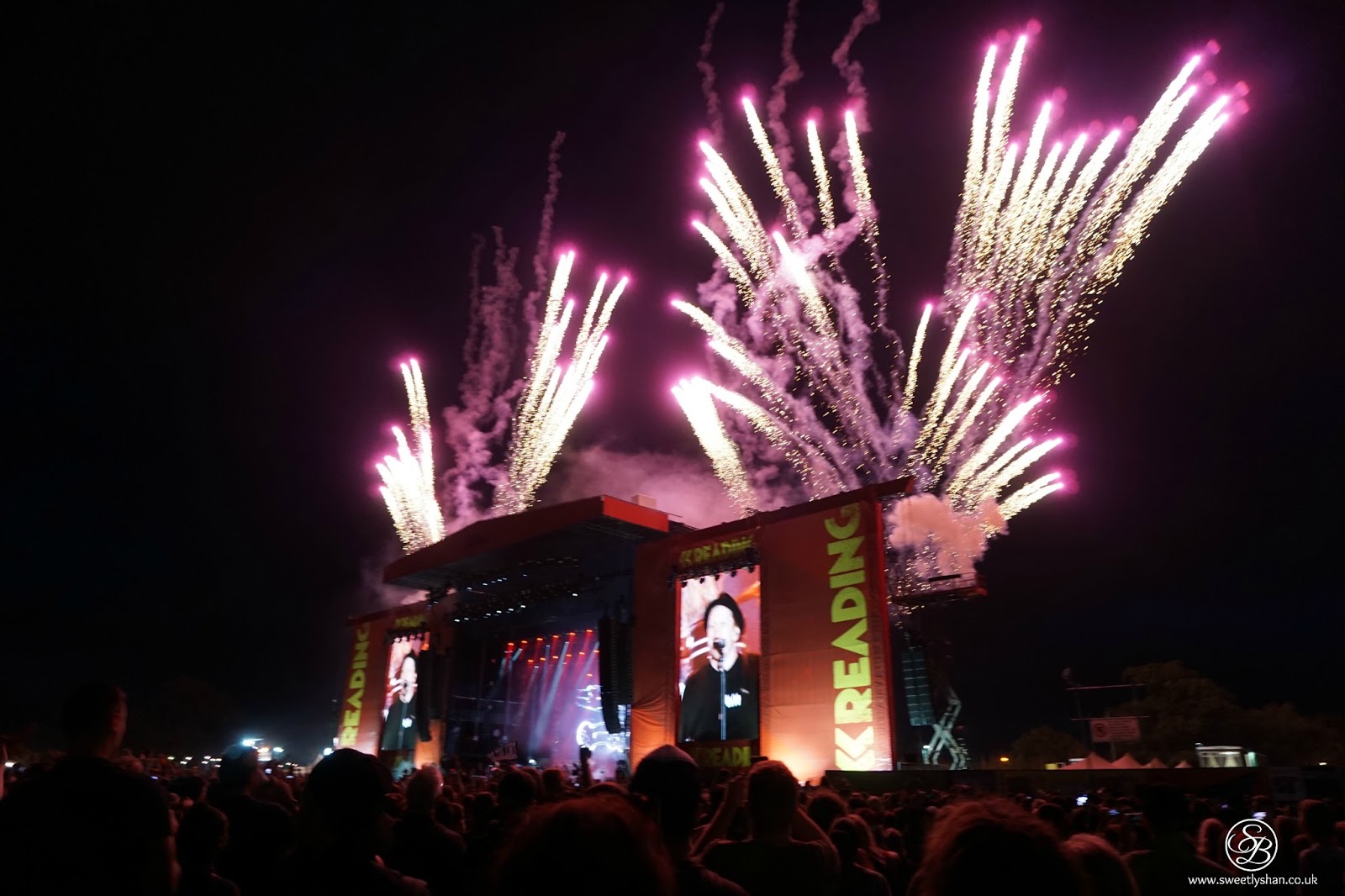 Fall Out Boy is a band which perfectly explains my teenage spirt and music taste. Still to this day Fall Out Boy are one of my top favourite bands, they were the band I was most excited to see (very closely followed by Waterparks) and I feel a great sense of accomplishment being able to say I’ve seen them live. The set wouldn’t have been complete without Pete Wentz making an inspiring speech to the crowd about the future generation and our ability to accomplish anything we set out to do.  The band put on an incredible set, complete with female dancers hanging from trapeze wires or prancing the stage equipped with flame throwers and an extraordinary amount of pyrotechnics. Fall Out Boy sang all the classic fan favourites as well as the favourites from the new album American Beauty/America Psycho, a set which the crowd knew every single word to. The whole Fall Out Boy set embodied the whole “this aint a scene, it’s a God damn armed race” idea perfectly.

Overall, the whole Reading Festival experience was one I will never forget and I couldn’t have asked for a better first day at the festival. I hope to return next year for the entire weekend. If you want to see what I got up to at Reading or see some of the bands I talked about in action, you can watch my vlog here; https://www.youtube.com/watch?v=9qbF5J2fjCg