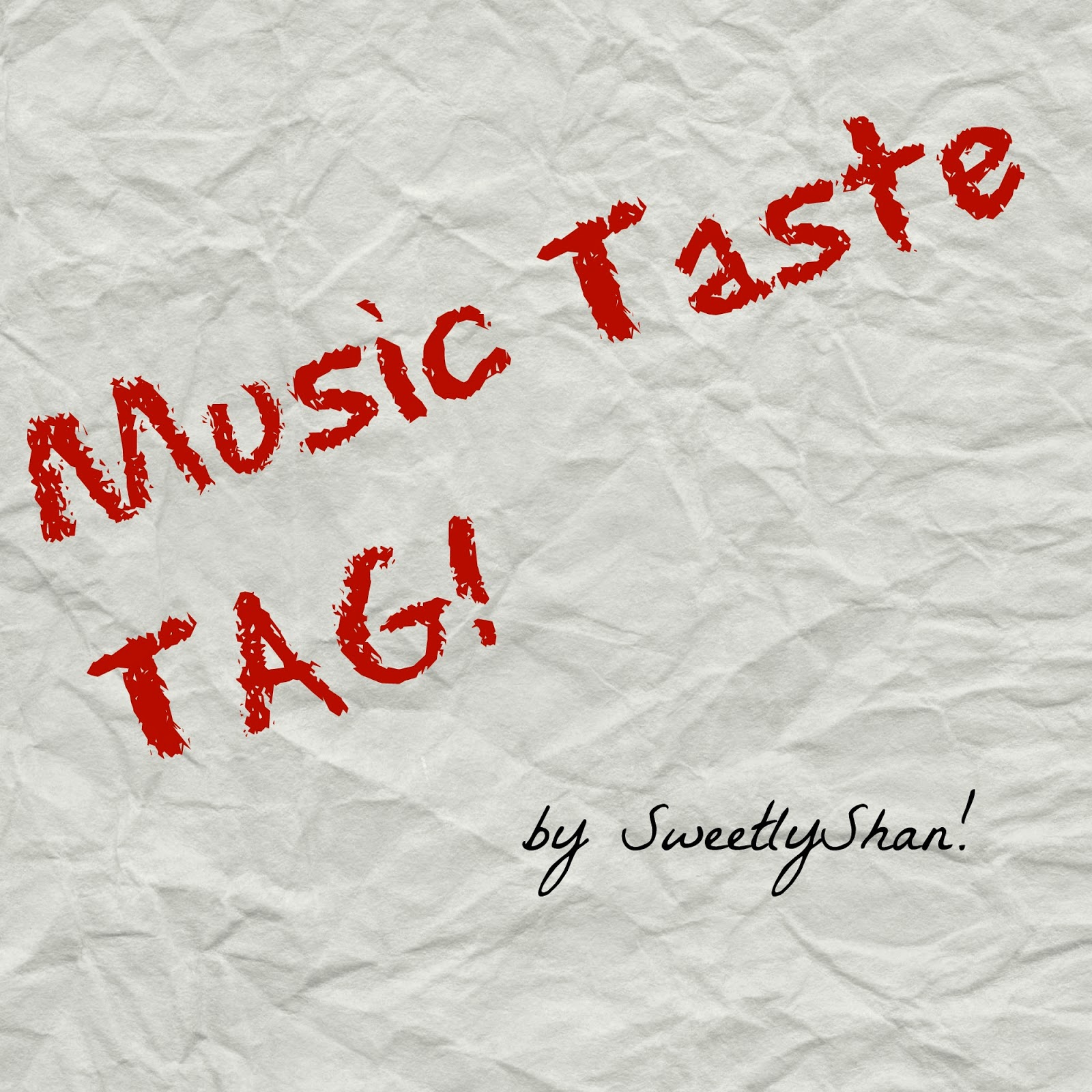 I know I’ve done a tag or two before and I really enjoy doing them, and I hope you enjoy reading them! Just so you can get to know me/my music taste a little better, today I’m going to do the Music Taste Tag. This is a mixture of two tags I found online, so If you want to do this tag then please do, and feel free to tweet it to me, I’d love to read some of yours! So let’s get into the questions!

1. Which band/artist do you own the most albums by?
– Selena Gomez…a surprise right? I own every single one of her albums, bar her latest one! She’s been a favourite of mine since I was alot younger! Love her!
2. What was the last song you listened to?
– Well currently I have All Time Low – So Long, and Thanks For All The Booze….its on a playlist!
3. What was the last show you attended?
– All Time Low & You Me At Six, you can see the concert review I did here!
4.  What was the greatest show you’ve ever been to?
– In all honestly, All Time Low & You Me At Six…It was amazing!
5.  What’s the worst show you’ve ever been to?
– I love gig’s in general, I don’t think I’ve ever been to a bad one! For me all live music is great music!
6. What’s the most musically involved you have ever been?
– When I was around 13, my friends and I created a “band” we were called Pink Legends,(don’t ask me why, I hate pink.) But apart from that, I play guitar, violin, piano – and recorder, does that still count?- and I write my own music!
7. What show are you looking forward to?
– Currently dealing with post concert depression but It’s cool because I’m really looking forward to 5 Seconds Of Summer in June!
8. What’s your favourite band shirt?
– Probably the 5SOS one from their one-off show at KOKO in London!
9. What musician would you like to hang out with for a day?
–  Probably Selena Gomez, just because of her personality, she is someone I admire a lot for how much she does for others!
10. Who is one musician or group you wish would make a comeback?
– I wish Queen were still around as the original line-up with Freddie Mercury. My father brought me up listening to bands like them and Status Quo, but Queen are definitely a favourite, I wish Freddie was still alive so I could go and see them live.
11. What is one band/artist you’ve never seen live but always wanted to?
– The Script or Ed Sheeran! I would love to see either of these (preferably both!) live! Ed Sheeran’s lyrics facinate me, he’s so talented…as are The Script!
12. Name 4 flawless albums:
– Wow hard question! Sia– 1000 Forms of Fear, All Time Low – Don’t Panic: It’s Longer Now!, You Me At Six – Sinners Never Sleep, The Script– No Sound Without Silence.
13. How many concerts/shows have you been to, total?
– 11? I’ve probably missed loads, I won’t list them because this tag would be too long! But if you want to know, leave me a comment and I may do another post on it!
14. Who have you seen the most live?
– I’ve seen One Direction 3 times, and 5 Seconds of Summer 3 times!
15. What is your favourite movie soundtrack?
– Mamma Mia! I love the stage version, the film and the music!
16. What is your “guilty pleasure” that you hate to admit you listen to?
– Probably the fact that I really like some Nicki Minaj stuff… I can rap to Superbass like a BOSS.
17. Favourite song lyric?
–  Dices, que soy imperfecta – it’s Spanish for “who says you’re not perfect” from the Spanish translation of Selena Gomez’s Who Says.
18. Most underrated musician in your opinion?
– Ron Pope! I love that guy, his lyrics are amazing!
19. Top 3 songs on iTunes?
– Dirty Dancing by Room94, 968 plays! Paradise by Coldplay, 949 plays! Heartbreak Girl by 5SOS, 414 plays!
20. Favourite song of all time?
– The Man Who Can’t Be Moved  by The Script or A Drop In The Ocean by Ron Pope.

So that’s all the questions! I hope you enjoyed this tag, I certainly enjoyed doing it! I’m going to tag any of you that read this to do this Tag!
Thanks for reading guys!

**ooh, but before I go… I had alot of good feedback on my last post- the concert review, thank you guys it means alot! I’ve created a new spotify account to make public with all my playlists on. Including the set list for You Me At Six & All Time Low! You can here (sweetlyshan) to check out that playlist along with my other playlists- so you can see what I’m listening to!**