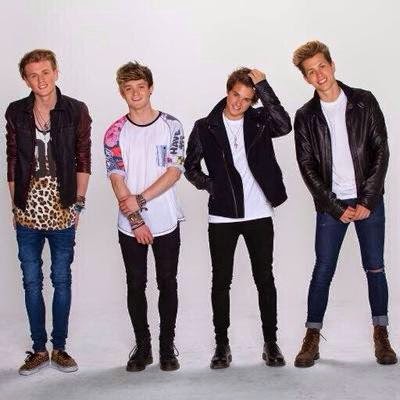 So last week I was lucky enough to go to one of The Vamps’ shows on their first headline arena tour, which they finished with a bang this Saturday in lead guitarists hometown of Bournemouth.
Myself and two of my friends from University (instead of studying and writing our assignments…) paid a visit to their show in Cardiff last Friday.

Having seen quite a few of these younger generation bands I can honestly say The Vamps concert was one of the most enjoyable. Amidst the audience of young teen and pre-teen girls, majority accompanied by parents, I did feel rather old but never the less very comfortable with the atmosphere in the arena throughout the night. The band that started as solo artists on YouTube before being singed to their record label Mercury Records and later discovering bassist Connor on YouTube and asking him to join.

The band’s three support acts consisted of British rock band “EofE”, X Factor finalist Luke Friend and Scottish singer-songwriter Nina Nesbitt. All three acts showed talent and potential although only singing 2 songs each. Rock band EofE were the only support act that didn’t singing acoustic which was a nice contrast and opening to the gig. I definitely see a future career for this band and they are ones I will be keeping tabs on!

Moving on to the Vamps themselves, I thought their stage presence was amazing along with their interaction with the crowd, (especially lead Bradley as he took a tumble off the stage towards the crowd within 10 minutes of coming on stage…I swear I didn’t laugh….(he was fine)) Compared to the Australian teen sensations 5 Seconds of Summer I found their interactions with the crowd to be much superior and also so greater chemistry between the band members. It was also a nice experience to have walked out of the arena with my ear drums intact, unlike I do most concerts I attend these days. I’m putting this down to the younger age of the audience on average and also the Vamps fandom themselves. Again, compared to the 5SOS of 1D fandoms, the “vampettes” didn’t seem quite as aggressive or rowdy. However that’s not to say there weren’t some parents there screaming their heads off to the bands most famous hits… It was very enjoyable to be part of a crowd that, instead of constant high pitched screams, sang the songs back to the band, which was quite obviously an enjoyable experience for the band aswell.

In terms of the bands musical talents, with each band member having their own section to show of the instrument of their choice, it was very easy to tell that the band as a whole and individually are very musically gifted. Not to mention the fact they write their own music.With drummer Tristan Evans, 20, spending a good 10 minutes hammering beats out of the drums to popular chart hits, lead guitarist James McVey, 20, serenading the crowd with their ballad “Move My Way” accompanied with his acoustic guitar, bassist Connor Ball, 18, kicking off the famous All Time Low song “Dear Maria Count Me In” (one of my personal all time favourites!) and Fall Out Boys’ “Sugar We’re Going Down” and lead singer Bradley Simpson, 19, beautifully sang another of their ballads “Shout About It”, also with an acoustic. All before finally ending their set with their latest single, a cover of Simon and Garfunkel’s “Oh Cecelia (You’re Breaking My Heart).” and the encore with one of, if not their most famous hit “Can We Dance”.

Overall a very enjoyable evening and definitely a band I would be more than happy to see again live anytime soon!

Check out all the artists here;

For those who think I may have been a little harsh with the comparison with 1D or 5SOS, not only have I seen both bands live 3 times, but I will be seeing 5 Seconds of Summer again on their UK tour next June so I will be sure to write a post on that concert then for another comparison!