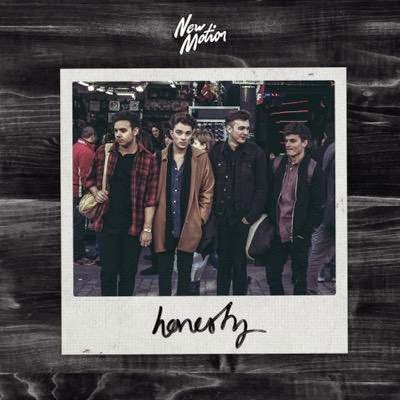 So today I’m going to introduce two British bands to you (woo!) The first is a new Indie-Pop hybrid band called “New Motion” and hail from Hertfordshire in England. Having only formed a few months ago, Josh, Harvey, Jack & John have grown their fan base of a rather impressive 12k Twitter followers already, I followed them about a week ago (week ago, sorry I had to!) when they were just under 10k, so to achieve 2 thousand followers in a matter of days is rather impressive for a new band! They remind me a little of the band The 1975, don’t ask me why,(it may be the epic bass), but either way I know you guys will love them! And I honestly think you’ll be seeing a lot more of these guys this year, keep an eye on these guys!
Below is the video for their debut release ‘Anyway‘ which you can get on iTunes here now!

The band informed me that their debut EP is released on March 30th, which is the same date their UK tour kicks off! You can click here to pre-order the bands EP to make sure you get it first when it’s released! As you guys know my music taste is quite broad, but these guys definitely fit in there somewhere, and are a band I would chose to listen to quite regularly! Not only do I like the fact each member plays an instrument, and quite clearly has a talent in doing so, but I also like that they’re all friends from school. It makes such a difference to the quality of music produced when the members are all good friends.
You guys know me, I like to add random little facts about artists into my posts, so when I asked New Motion if they could have taken the credit for any song ever released, this was their response; 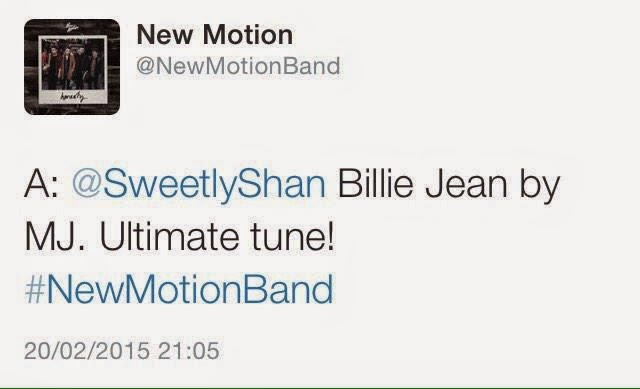 Can’t argue with that really, who doesn’t love a bit of Michael Jackson?!

Here’s New Motion’s SoundCloud page where you can listen to their music now! I recommend ‘Honesty’ my personal favourite track of theirs! Make sure you keep an eye on the band’s Twitter (@NewMotionBand) to be first to know about their tour dates, tickets and new music! If you would like to see New Motion live, and you know what I say about live music (so the answer is YES, you do want to see them live…) They have a gig in London‘s Barfly in Camden on April 2nd. I’ll leave links at the end for tickets. I’m hoping to attend this one and you all should too, I think it’ll be a good night! And this is where the second band comes in…

The second is another English band, this time from Essex, however of slightly different genre to New Motion. Pop-Punk band Such Strange Arts contacted me asking me to review their stuff, and in all 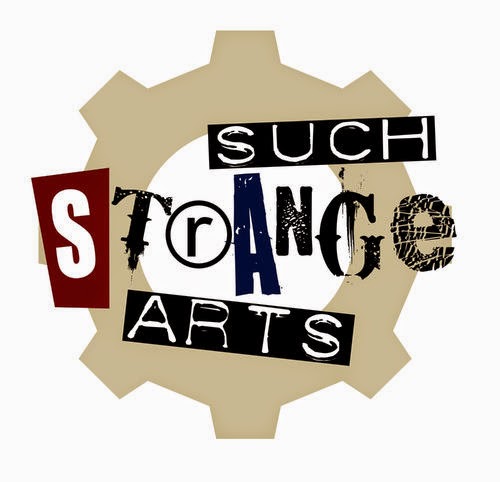 honesty I can say I love them! It was rather spooky, the fact I’d already half written New Motion’s post when Such Strange Arts contacted me and said they were the main support for their Barfly show. You know me guys, I’m not one to write about a band/artist that I don’t 100% feel, but this band I can definitely say I liked instantly! The band linked me to their EP on Dropbox so I could have a listen, and I was not disappointed. Their style reminds me a lot of bands such as All Time Low and Blink182, and if you know me they’re really my thing!
They already have quite a strong fanbase, have been featured on ‘BlankTV’ and in ‘Kerrang!’ as a band to watch! Not only have the band opened for legendary UK band Scouting For Girls but they also had help from Black Veil Brides’ Jake Pitts on their single “There’s A Hole In Your Logic, Dear Liza”. With quite a strong past behind them, I can see this band becoming more and more successful in their genre during the course of this year.
Below is Such Strange Art’s music video for their track ‘Secret’, filmed live at a festival they performed at.

Such Strange Arts are the main support for the New Motion show in London this April! If you’d like tickets or more info I’ll leave all the details at the end of this post! But what better way to give you a 2 in 1 as both of these amazing bands will be performing! They also have their own shows coming up in Brentwood (Essex) and Stevenage (Hertfordshire).

If I know my readers as well as I think I do, I know you’re going to love both bands, so make sure you let me know on Twitter and be sure to follow them too!

Tickets for the New Motion (with support from Such Strange Arts) show in Barfly Camden, London; http://www.seetickets.com/event/new-motion/barfly-camden/852866