I’ve realized whilst titling this post, that I need to work on more consistent names for this section of my blog, so I’m trying this. Let’s go…

You know when you find a new band, and you get really excited about them and their sound and really want to share them with people? I have that feeling right now! I’m so desperate to introduce these guys to you that I’m writing this post instead of revising for my English Degree exams (which start next week; someone save me) If you follow me on Twitter you probably know who I’m going to say; and I’ve had A LOT of requests, (or more demands) to write about these guys! 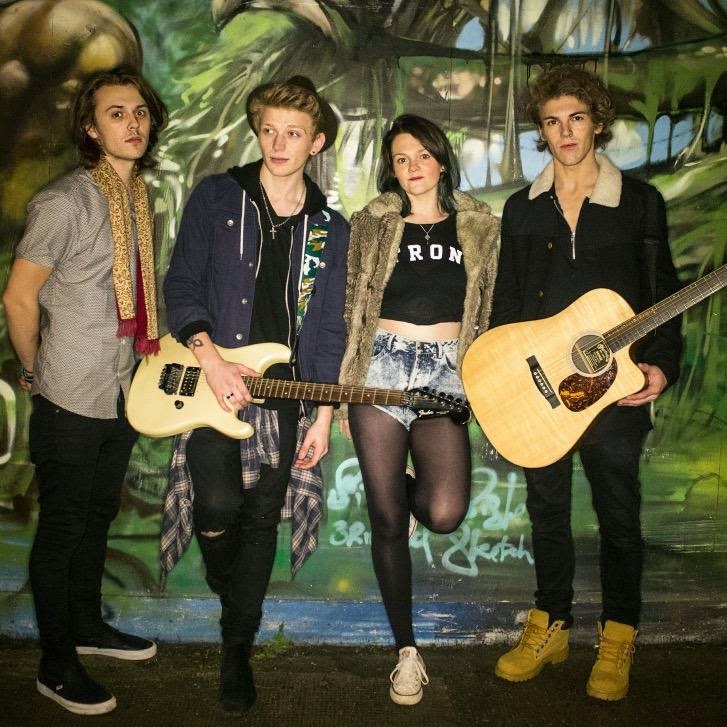 They’re called Chasing Midnight. They’re a new four piece band from London… Members Heather, Dan, JJ and Greg all originally met at their school in London. I have a serious love for bands with both male and female members because it’s rare to find ones that genuinely gel together, in terms of personality and music. However these guys I do like, a lot! They’re harmonies are on point and to be honest I can definitely see these guys going somewhere! Keep an eye out on their Twitter and YouTube pages (I’ll link them below) as they will be releasing new originals pretty soon!

The video below is their cover of On My Way by Rusted Root and Budapest by George Ezra and I genuinely think this is one of the cleverest remixes I’ve heard in a while! (And I’m definitely guilty of watching it atleast 15 times already, It’s very catchy….)

They also have a short snippet of an original song, “Forever Yours” on their YouTube that you can watch here! I love this track and definitely makes me eager to see what other originals this band releases in the near future!

The band has just announced that their first live gig will be at Showcase Live at Under The Bridge (Chelsea’s football ground) on the 23rd Feburary! Tickets for the gig go on sale 9am on Saturday (10/01/15)  morning! You can find out more about that here; http://www.showcaselive.co.uk/

Chasing Midnight have also just been announced as another name on the Essex Basket Ball tournament “Dunk ‘N’ Funk” lineup with Soccer Six for February this year! So if you’d like to meet them (I’d be very jealous mind….) but you can check out the full line up and ticket info here (http://www.dunknfunk.eventbrite.com/ )- before it sells out….QUICK.

When Chasing Midnight release more of their original material or any more gig dates I will be sure to do an updated post to let all you guys know! I really hope you like these guys, but if I know the audience of this blog as well as I think I do; I know you’re gonna love ’em!

Thanks for reading guys! I know I normally post more thank one artist a month on this section but with exams coming up I’m struggling for time, but I didn’t want to leave you guys with nothing and I was so excited to show you these guys!

Give Chasing Midnight some love!;