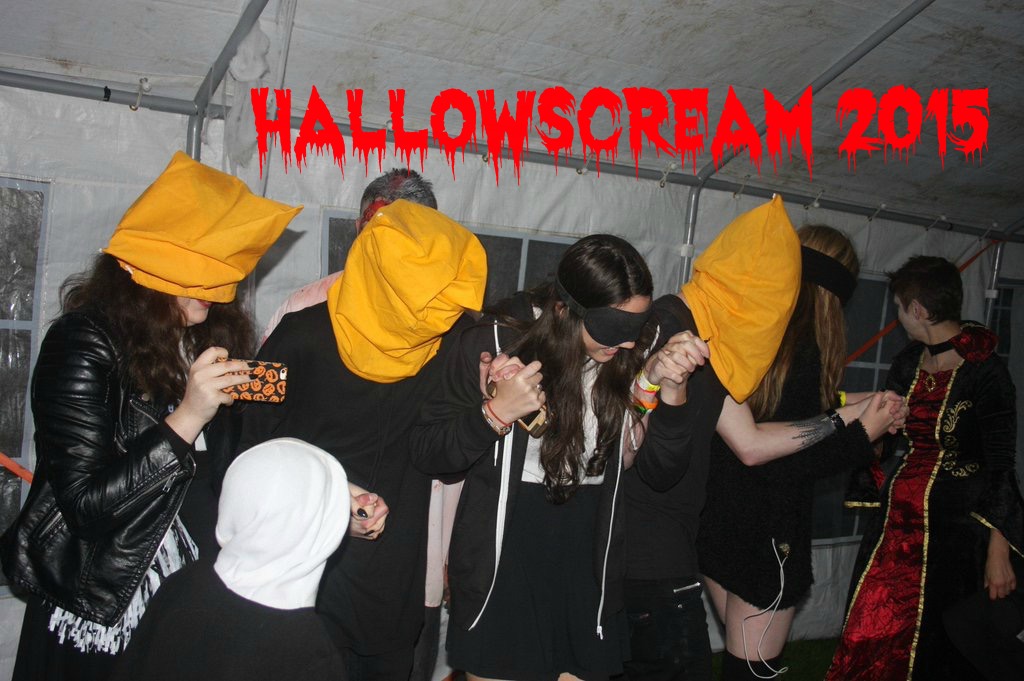 So as a lot of you will already know by now, I went to Hallowscream last weekend for Halloween (obviously) and I think most of you know how obsessed I am with Halloween… As well as fireworks, a haunted house (which was damn scary…) and a zombie walk, there was also around 7 hours of live music, with performances from big up and coming UK acts, some of which I’ve already written about on this blog! A few of my friends also had the opportunity to perform!

It was so lovely to have another event where I could see some of my good friends again, some of which I hadn’t seen since June! We also had the opportunity to go down to the local radio station twice during the weekend, whilst JackVSJackk did their radio takeover! So big thanks to RidgeRadio for that amazing opportunity!

Before I go any further into who’s performances I loved, I just want to say that I vlogged this event, as I do most these days! My vlog captures a lot of the music as well as the haunted house and some hilarious clips of my friends and I! So I will leave that below for you all to check out when you’re finished reading this post!

So on to which musicians I really enjoyed on the night. First and foremost I have to start off by saying ALL the performers I saw were amazing, and put on a really good set!

The first person I want to talk to you guys about, is someone who I’ve written about before on my blog, in my internet musicians blogpost (read it here). His name is Hobbie Stuart, and I’m sure many of you know who he is, if not, I highly suggest you go and check out his videos. He is one of, if not the, best musician I have heard in a long long while. His voice is absolutely beautiful, and I can honestly say after hanging out with him for a bit, he is such a down to earth and lovely person. A few days ago he uploaded his cover of Adele’s new song Hello, I personally think it is a stunning cover, let me know what you guys think in the comments or on twitter! Don’t forget to follow Hobbie and the other artists on Twitter, all of their links will be at the end!

The next artist who I was really impressed with was a good friend of mine, Callum Richards. This was the first time I’ve seen Cal perform live, and of course he did not disappoint. He sang his cover of the new bond tune from Sam Smith. Some of you guys will know I personally aren’t too keen on Sam or the song Writing’s on The Wall, but Callum’s cover does the song so much justice and I will say I 100% prefer it to the original. I’ll leave the video of this cover below, check it out guys, you won’t be disappointed! Watch this space, you may be hearing some new music from Cal soon!

If I was to talk about all the performances I loved, I would be hear a damn long time, so I’m just going to list a few of the others. Ollie Sloan (who I also mentioned in the other post!)performed along with Relly, who sang a beautiful cover of Ed Sheeran, you can see a small clip of it in my vlog! It was also lovely to hear Chris Leonard from Stereo Kicks, who performed some incredible covers!

Of course it wasn’t all about the music, it was also really nice to see some really cool YouTubers, such as Jake Boys, ChipDaddy, Emmy Rosam and a bunch of others! (who screamed like little girls in the haunted house….don’t tell them I said that..;) )

Finally I just want to say a quick thank you to the organisers of Hallowscream for putting me on the line up but also for hosting another incredibly successfully event. I thoroughly enjoyed and I know plenty of others did too! Make sure you keep and eye out on their twitter, as there will be another event in the very near future!