I felt like we needed a catch up guys; How have you been? Hows the cat?

I’ve recently made soo many plans for this year already that I felt like a post was needed to let you guys know whats happening, especially as alot of it will impact on this blog! *Exciting times!*

So if you follow me on Twitter you’ll know that in June I’m going to be playing at Bubble Football, a charity football match with a bit of a twist! If you go onto their twitter (here) you can see full details as to what it involves, and a full line up on players on their website, (here) including; Ebony Day, Jake Clemmence, Fifth Street, State of Mind and a whole bunch of others, along with some acts who are still unannounced. Another player is a good friend of mine, and fellow blogger Ashley, I’ll link her fashion and beauty blog at the end if any of you are interested!
Tickets for this event are limited and go onsale FRIDAY 6th February at 7pm. There are VIP tickets available for meet and greet of the players, so if you want to meet me (I mean pfft, who wouldn’t….erm…moving on) and all the other player you can do! The link will be at the end of this post but please know there are only 500 tickets so if you want to come, make sure you get your tickets early! So if you want to see me play attempt bubble football, come down to London 28th June! 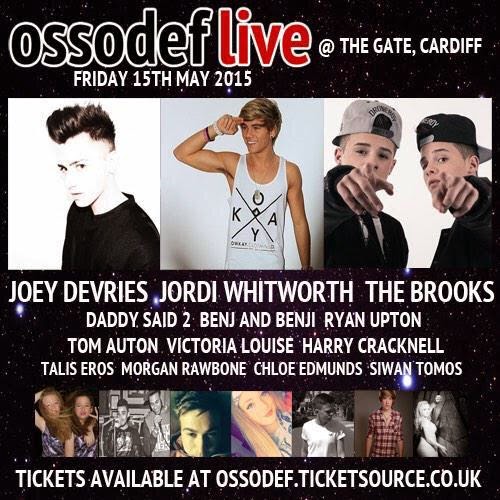 Another event coming up this year is Ossodef, now if you’re from the South Wales area, this is one you should definitely come to on the 15th May! The confirmed acts so far are Joey Devries, Jordi Whitworth, The Brooks, Victoria Louise, Morgan Rawbone, Benj & Benji and a whole list of other amazing acts; its going to be a good night! You can see the whole line up on their website (here) along with how to buy tickets! I’ll be going to this event and writing about it on here so if you want to come meet me either before or after, tweet me closer to the time and I’ll come meet some of you! General sale of tickets is at on SATURDAY the 7th of February at 10am, although I do believe there are still some VIP tickets still available! VIP access grants you 1 hour meet & greet and party buffet. If you do want VIP I’d get them now before they sell out, it’s going to be a good show! For more info see Ossodef’s twitter here.

There’s also Summer in the City coming up this August which *I hope* to be going to! (Hope because I’m in Spain until the 14th so timing may be an issue, but never the less I shall try!) Friends of mine, who are YouTubers and Bloggers are going though so if you wish to meet them I can confirm their attendance closer to the time!

I’ve also got the All Time Low & You Me At Six concert next week so be on the look out for the concert review for that coming at some point next week! (I will try and have it up Tuesday night as Monday is the first show of the tour so anyone who wants any spoilers I’ll try get it up before the rest of the shows, anyone who doesn’t want spoilers….don’t read….but you should read it anyway…..*lol*. 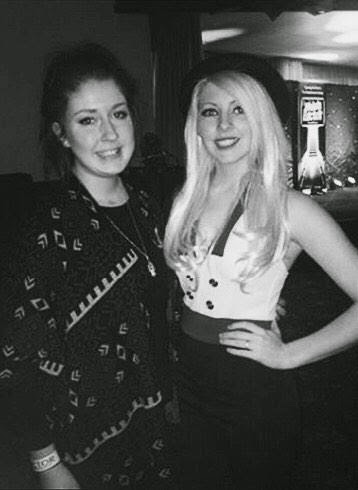 On to past events now, I feel like this is a really long post, I’m sorry!
I attended the Welsh Factor semi-final last Tuesday with an English friend of mine from University, who was overwhelmed by the amount of strong Welsh accents in the room…
If you read my post on Liss Jones, from this years The Voice, you’ll (obviously) know who she is. If not I’ll link it at the end. I wasn’t aware that she was there until she was announced before her performance during the interval! I’ve said it before and I’ll say it again, she is an unbelievably talented singer and one I think will go far in The Voice under careful mentoring by the lovely Rita Ora!
I also had the chance to catch up with Morgan Rawbone, (who I’ve also written about before, and as mentioned above she will be performing at Ossodef!) ahead of her big audition to Britains Got Talent this Friday!
Once again the competition at Welsh Factor was strong and of a great variety! The final takes place at the end of this month but I would recommend anyone to go to watch the earlier rounds when they start back again later this year! You can also apply to take part in the competition, I’ll leave all Welsh Factor’s links below.

That was a seriously long post guys, I’m sorry if I bored you but those were just some things I had to inform you on! I hope to see some of you at Bubble Football/Ossodef this summer, don’t forget tickets on sale this weekend!

Thank you for reading!