For those of you who don’t know (I’m presuming you’ve spent the last 6 months under a rock….) Bubble Football is a charity event where you play football in giant bubbles. I was very lucky to be on the line up for this incredible day and I can honestly say it was one of the best weekends of my life.

Not only did I meet so many new people who made the whole experience incredible, but the effort Mark and the rest of the bubble footy team put into making the event happen was unreal, and I think they should be so proud of themselves. I’ve heard nothing but good things about the event and would totally agree!

I did vlog the day, or more weekend! So I’ll leave that below! I managed to capture some hilarious moments and thanks to my friends who filmed, some great footage of me going flying in my bubble…

My team, team 5… Aka the best team, won our first heat but unfortunately lost our second! Nevertheless our time on the pitch was amazing, it’s so much fun to just run into people and make them roll a mile! I know you were meant to be trying to play football but I thought my version was more fun… It’s also a lot more difficult to stand up than you would think…

Although it did rain slightly in the morning of the event (and ruined my hair…) it stayed dry for the rest of the day which was good! Compared to other events of its type it was so much more relaxed and much more enjoyable as a result! Not only were the fans telling me afterwards but also the players commented on how smoothly the day had gone!

After the matches were all over, and the winning team crowned champions, the performace section kicked off! During this time there was also a huge inflatable “Total Wipeout” type bouncy castle, which I must admit was hilarious to watch 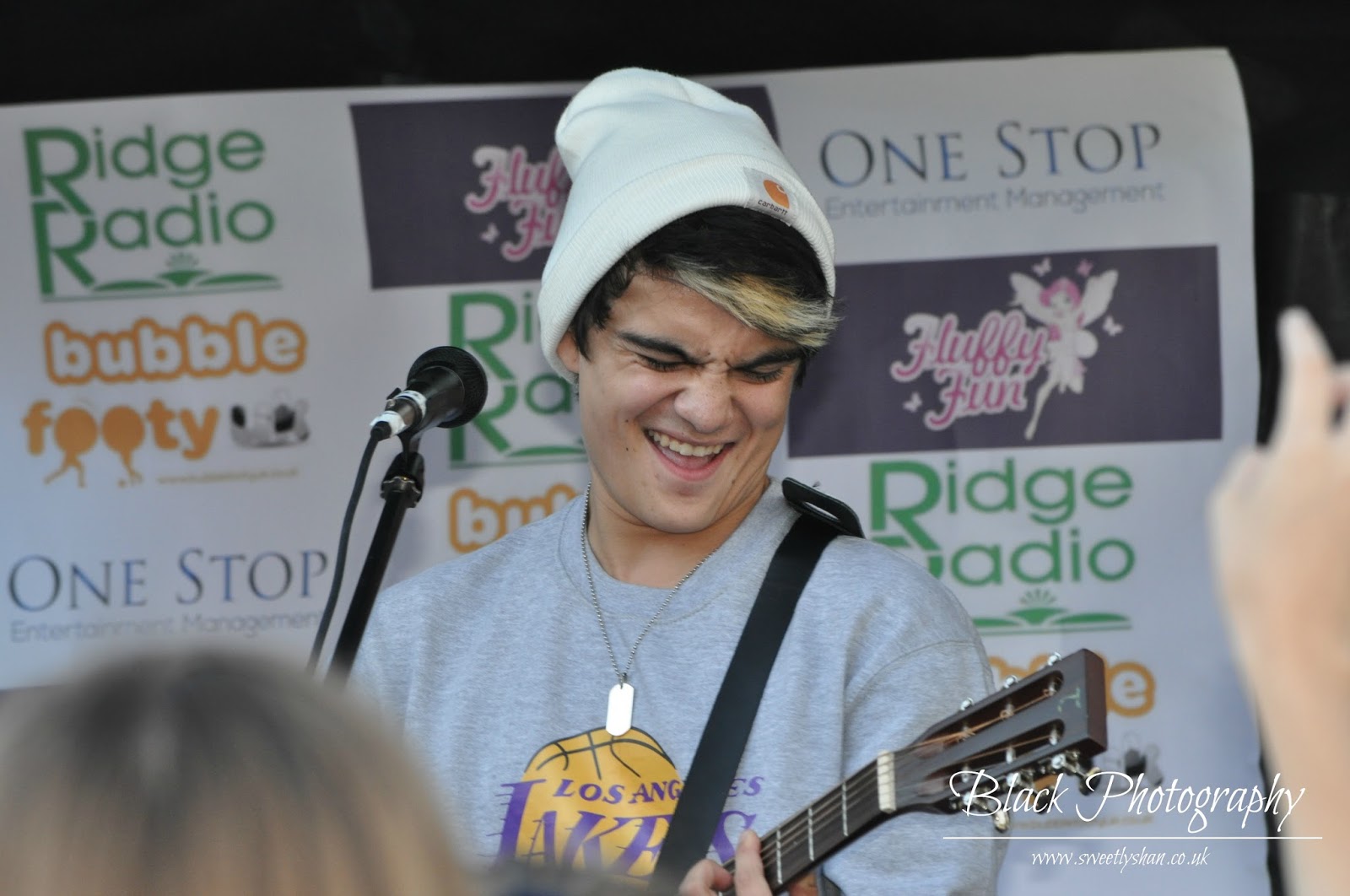 Performance wise the sets were very enjoyable, my favourite was probably Michael Suttakhorn, as he really got the crowd up and dancing! (there’s clips of all this in my vlog so make sure you watch!). There were also perfomances from The Brooks Twins, Benj&Benji, Victoria Louise, Route 2 and many more! All of whom were amazing!

Once the event was finished and the fans had left, there was a bit of an afterparty where all the players and staff (who did a great job throughout the day, shoutout to you for being awesome!) just chilled together with some live music and even a magician! 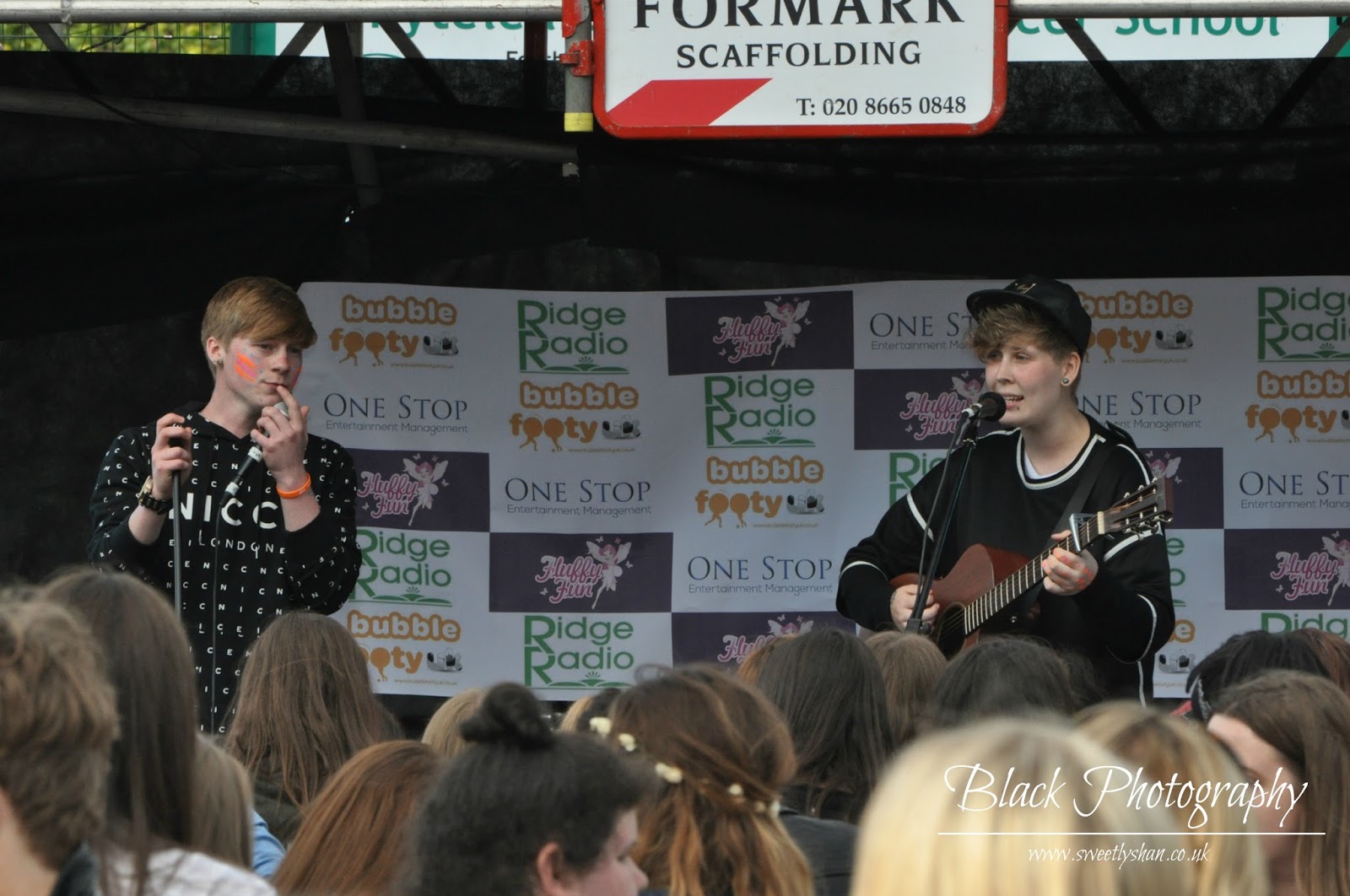 Myself and few others decided to go backstage with the guitar and have a little jam! Bearing in mind a lot of the people there were people I’d known/talked to for a few months, 2 examples of those were singer/songwriter Luke Carey, who played some amazing guitar and demonstrated some mean Ed Sheeran and Eminem raps, and duo Route 2, consisting of James & Sonny, both of which sang at our little backstage gathering at the after party. Having known
of them and their music for months I can honestly say they
are incredible musicians, (as well as lovely guys!) and I will leave their links below and you can all go check them out! I was also introduced to another young singer Cal Richards, who although he didn’t perform, I did catch him singing with Route 2 at the afterparty, and his voice is beautiful, so remember that name! It was also lovely to see Chase Blake from Benj&Benji there, you may remember them from my Osodeff post (read here) and I can honestly say, his free style raps are insane! If you’re into that sort of music he is definitely one to keep tabs on! (again, check my vlog for clips of all this!)

After an eventful evening and after party at the hotel (which ended somewhere between a good few pizzas, beers and 5am…) the day came to an end. It was so amazing to be able to meet so many people I’ve talked to or known about online for so long! But it was also amazing to meet some of you guys, my readers! Thank you to anyone who came up and said hi, you’re all so sweet and you mean a lot to me!

The next Bubble Football event is in Birmingham on  Thursday, 27th August. I would highly reccomend going if you’re from that area, also the lineup is yet to be decided so if you have someone you want to play, make sure to tweet them to @BubbleFootyUK with the hashtag #BubbleBirminham! I will definitley be going up as I enjoyed the last time so much but if you want to see me play again, make sure to tweet them!

Here are some photos from the event! Credit goes to those watermarked on the images. 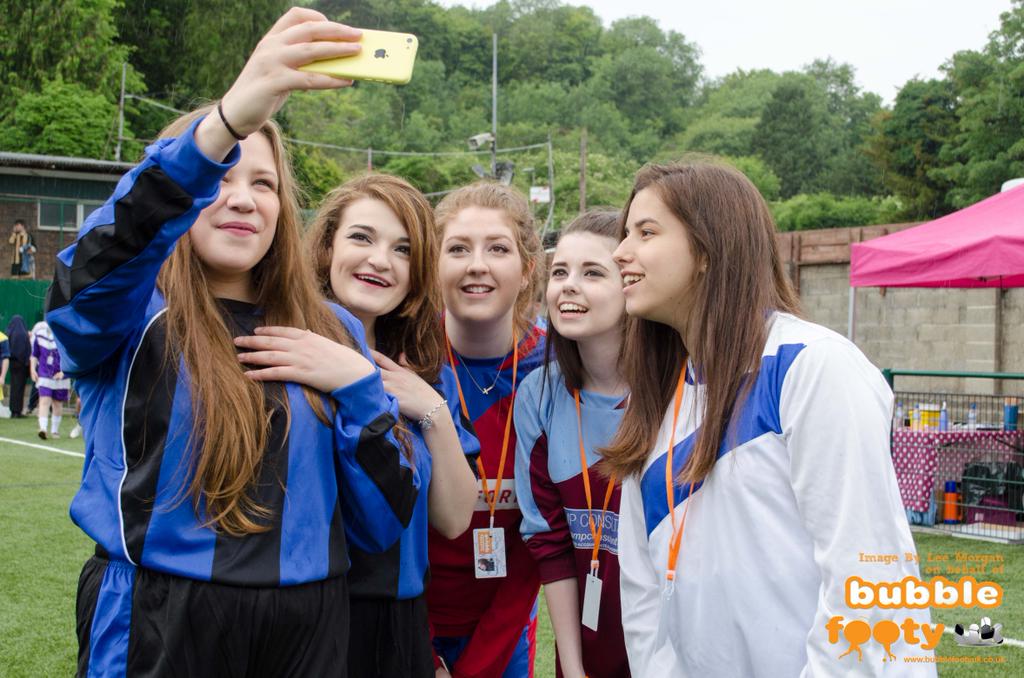 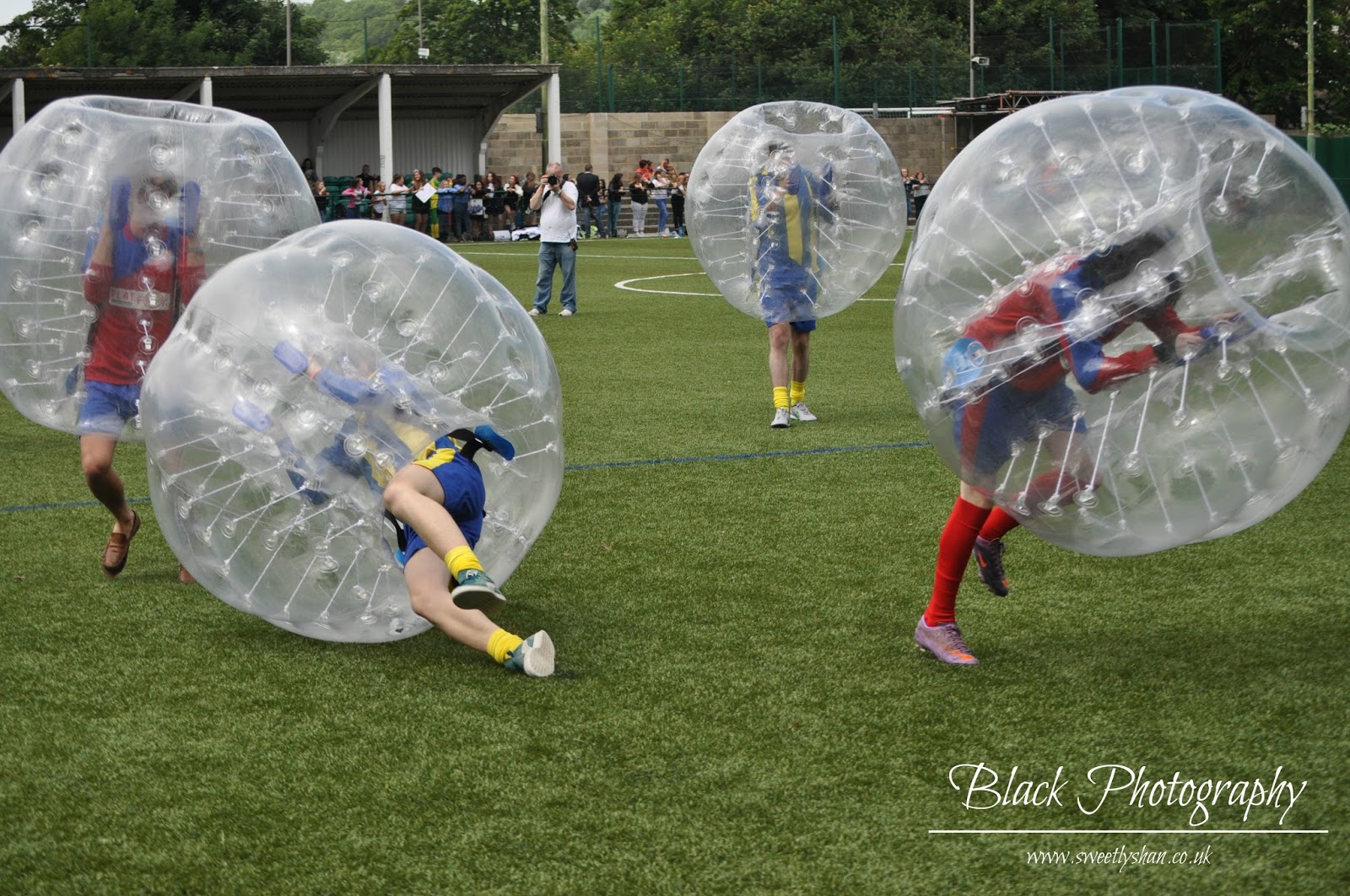 Thanks for reading guys,

Where to find Bubble Football;