Stop 3 on our American Adventure was the home of Hollywood, celebrities and secrets – LOS ANGELES. A place that has topped every bucketlist I’ve written since I was 10 years old, this was the highlight of my trip. In total, we spent just over a week in LA, split between Hollywood and Venice.

LA is literally the land of dreamers, and Hollywood is its glimmering capital of everything fame and fortune. Although I don’t quite have the funds to live this lap of Kardashian luxury, I did get to explore some of the breathtaking sights Hollywood has to offer. We stayed in a beautiful, modern apartment on Hollywood Boulevard – and an impressive 120 dollars each for 4 nights (for 4 people) – and being in the centre of Hollywood made our trips around there much easier.

Guilty as charged, I did transform into the basic LA girl (after being there a mere 12 hours) and made the executive decision that our first day would be spent on the hunt for all the famous Instagram walls. Our excursion took us to Melrose, Studio City as well as a trip to The Grove to refuel (on Pizza…) One of the things I learnt from being in LA, is that it quite literally encapsulates you, I could feel myself becoming one of those LA girls, the way I walk, the way I talked (minus the accent) and to be honest I can’t tell if it’s a bad thing or not. I mean let’s be honest – the Kardashian cali lifestyle is the dream, and don’t they say “fake it till you make it”? I’ll insert some of my extra posey pics from my street-side photo shoots. Day 1 in LA ended with a visit to the Los Angeles County Museum of Art. We got there just before sunset, and spent around a good hour there until the sun set and the Urban Lights instillation really became what it’s famous for – it is beautiful. Again, more photos were taken here but if you’re into your art or even just if you’re on the hunt for somewhere to take beautiful photos – LACMA is the place I’d recommend. We also saw someone get engaged! 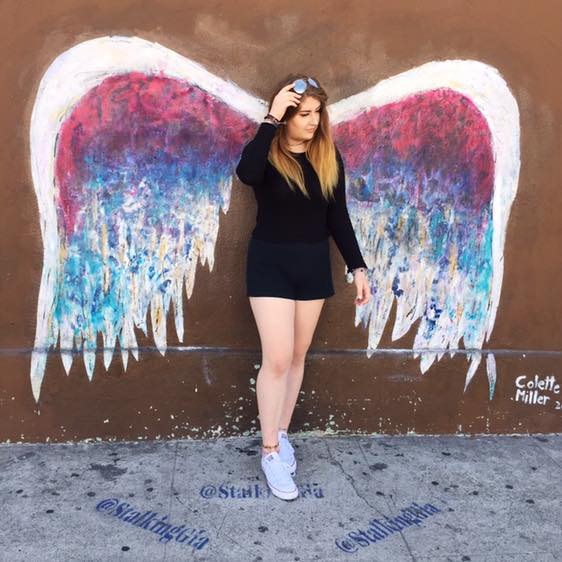 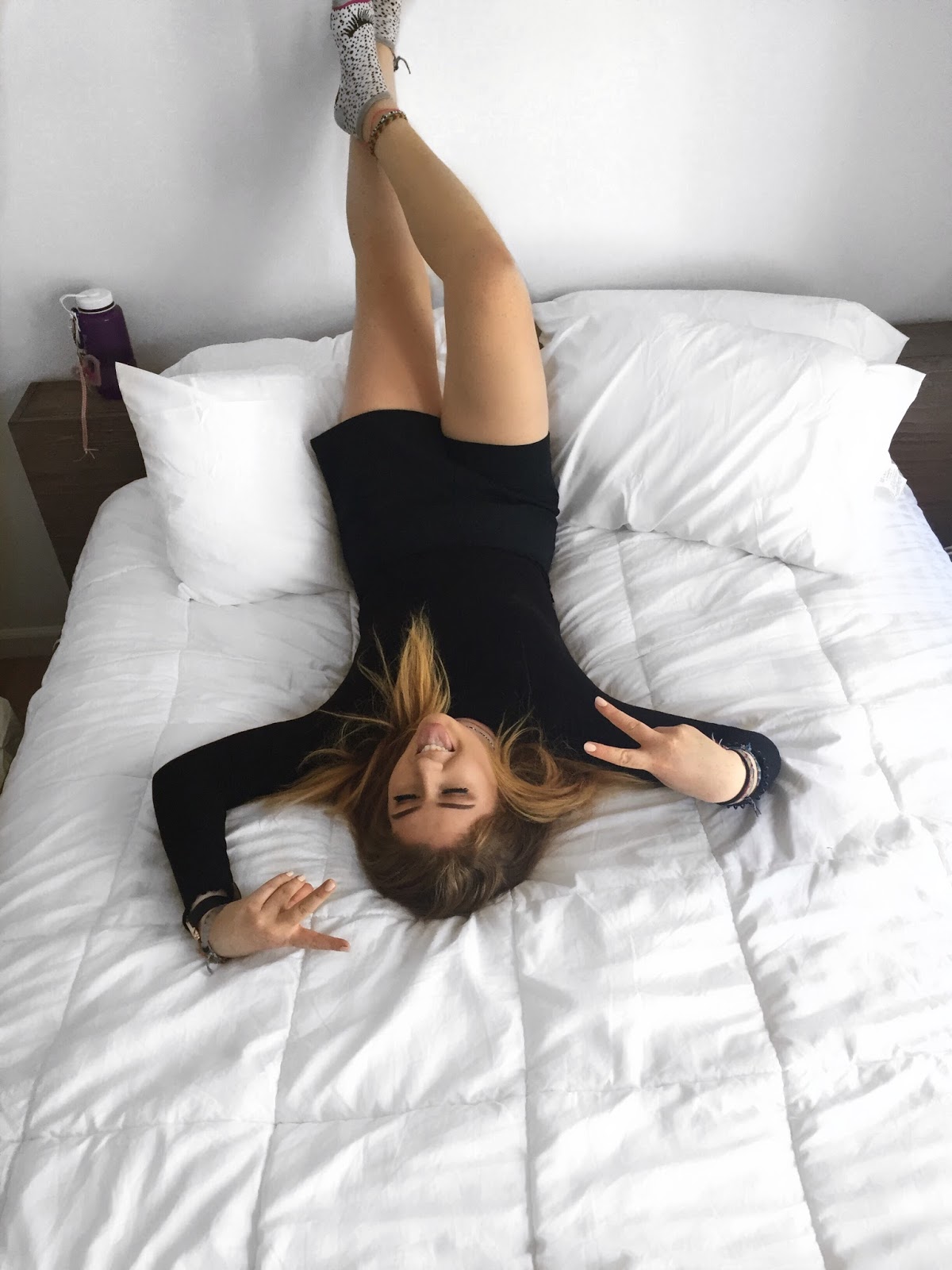 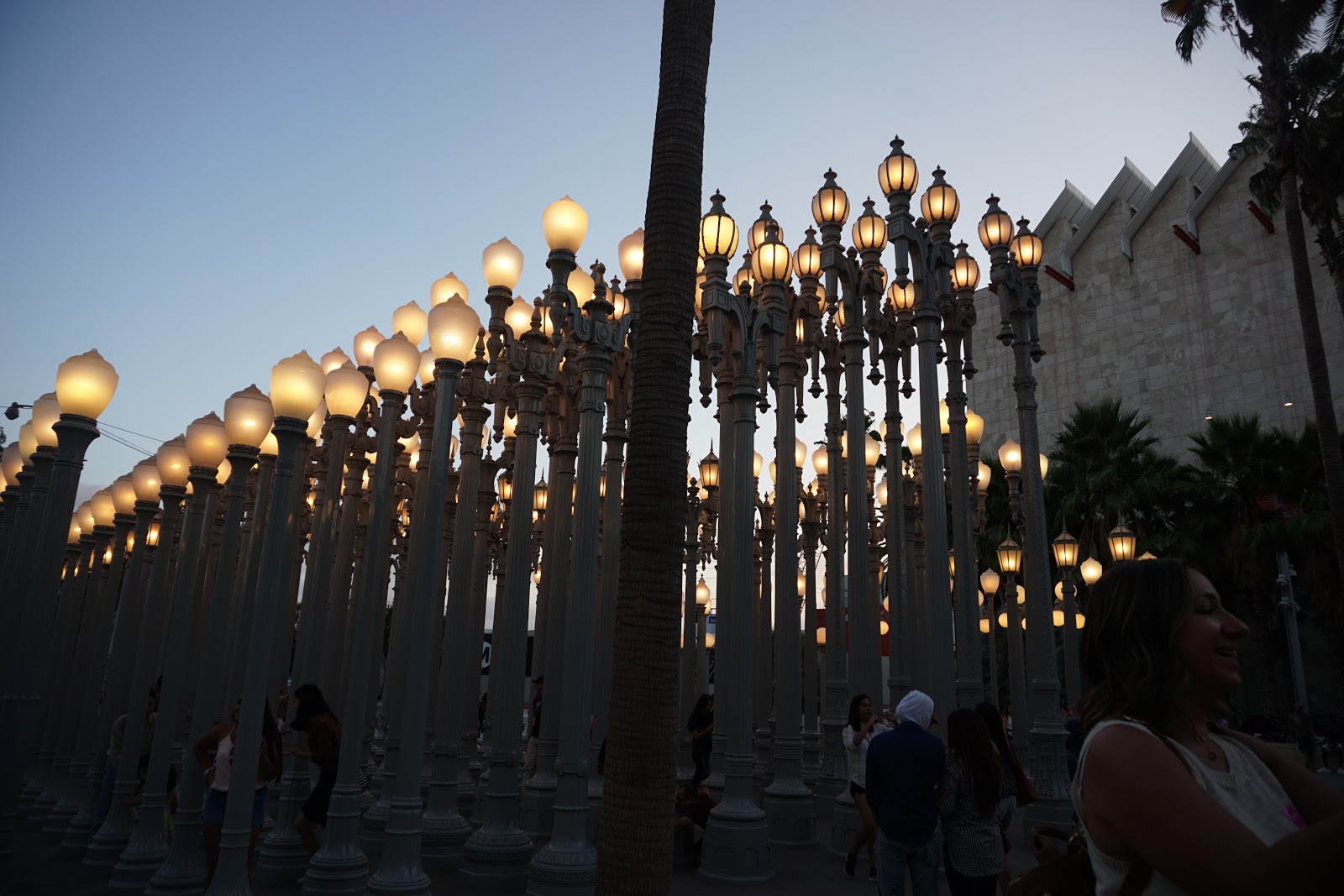 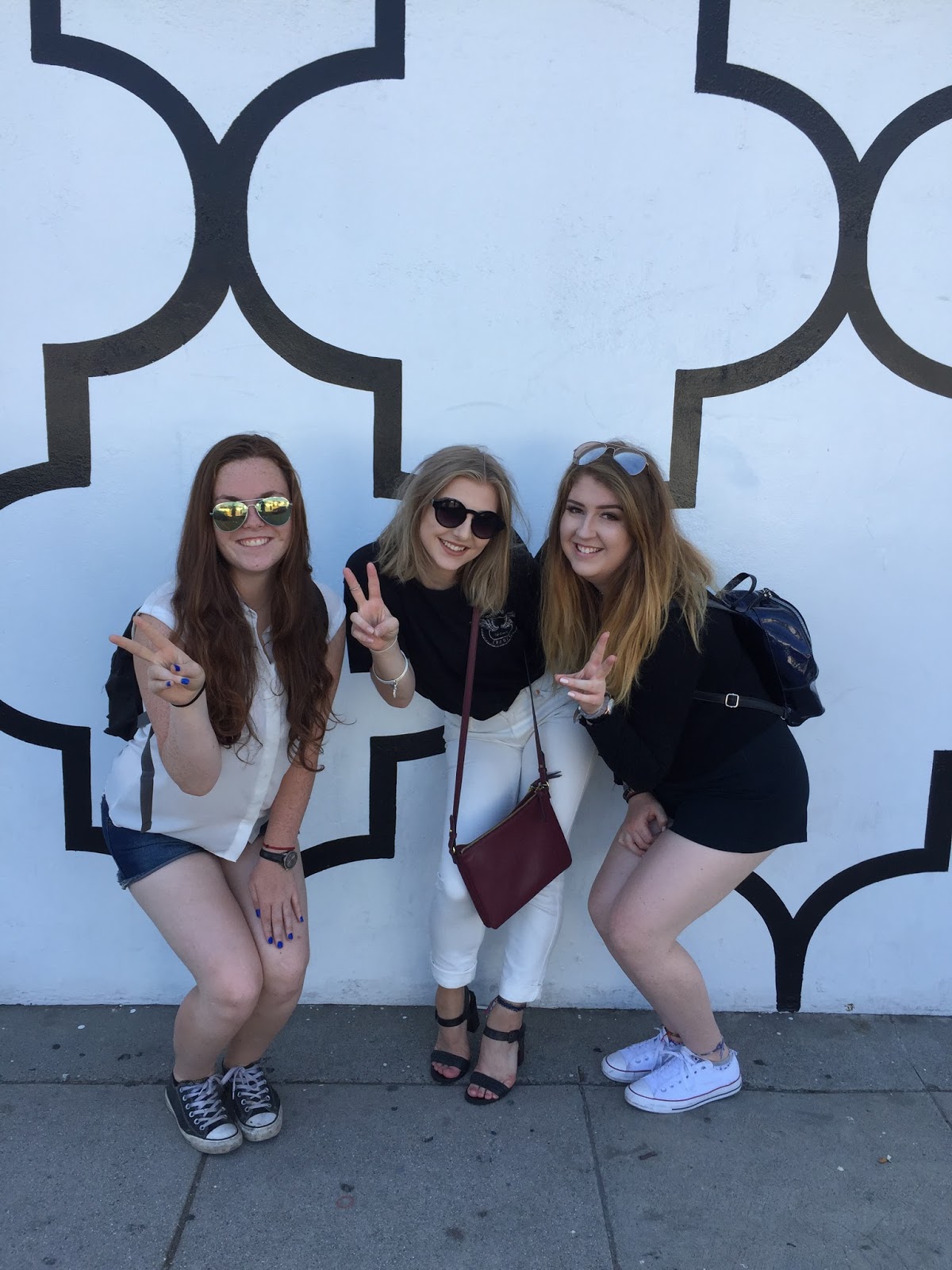 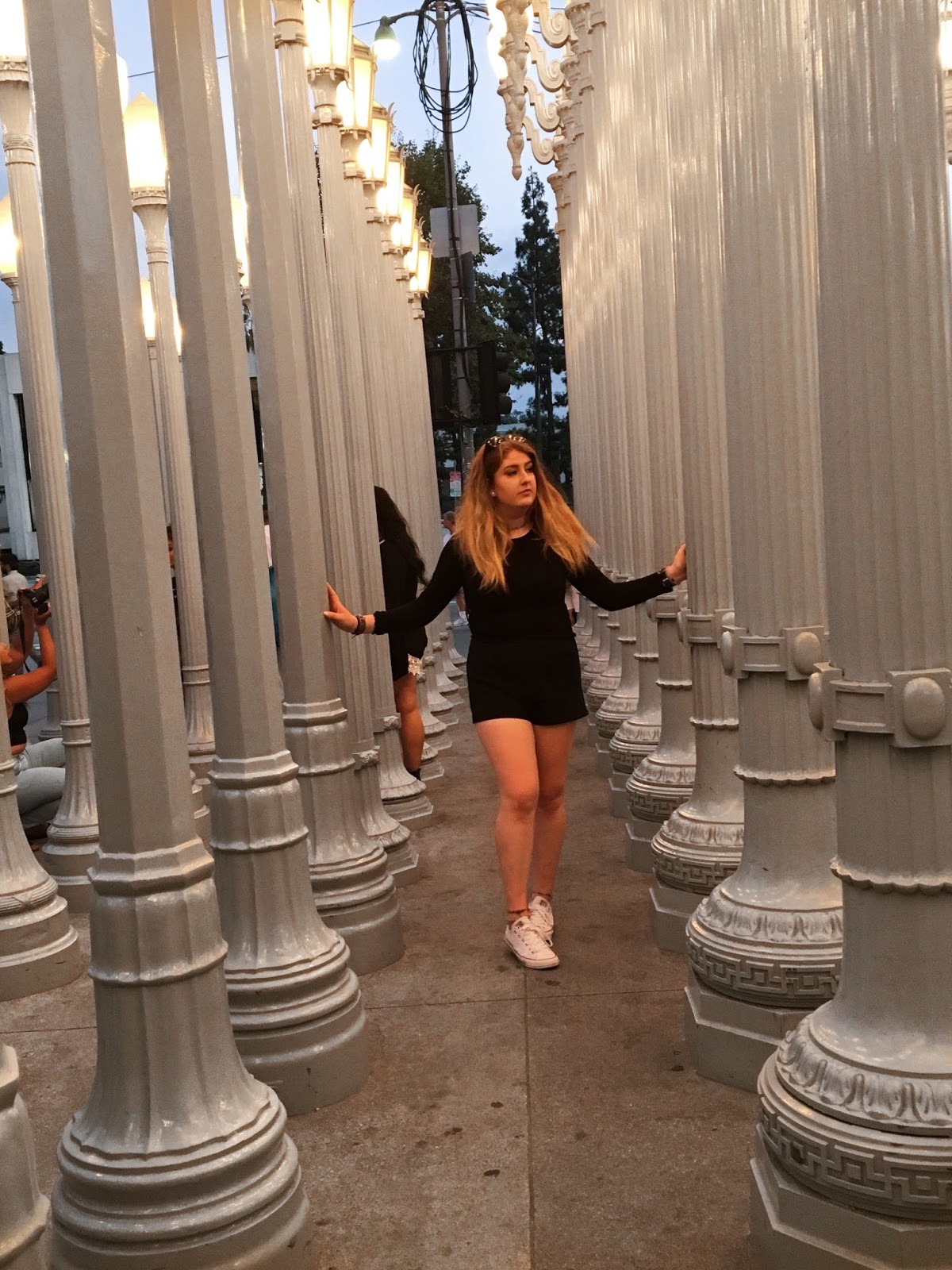 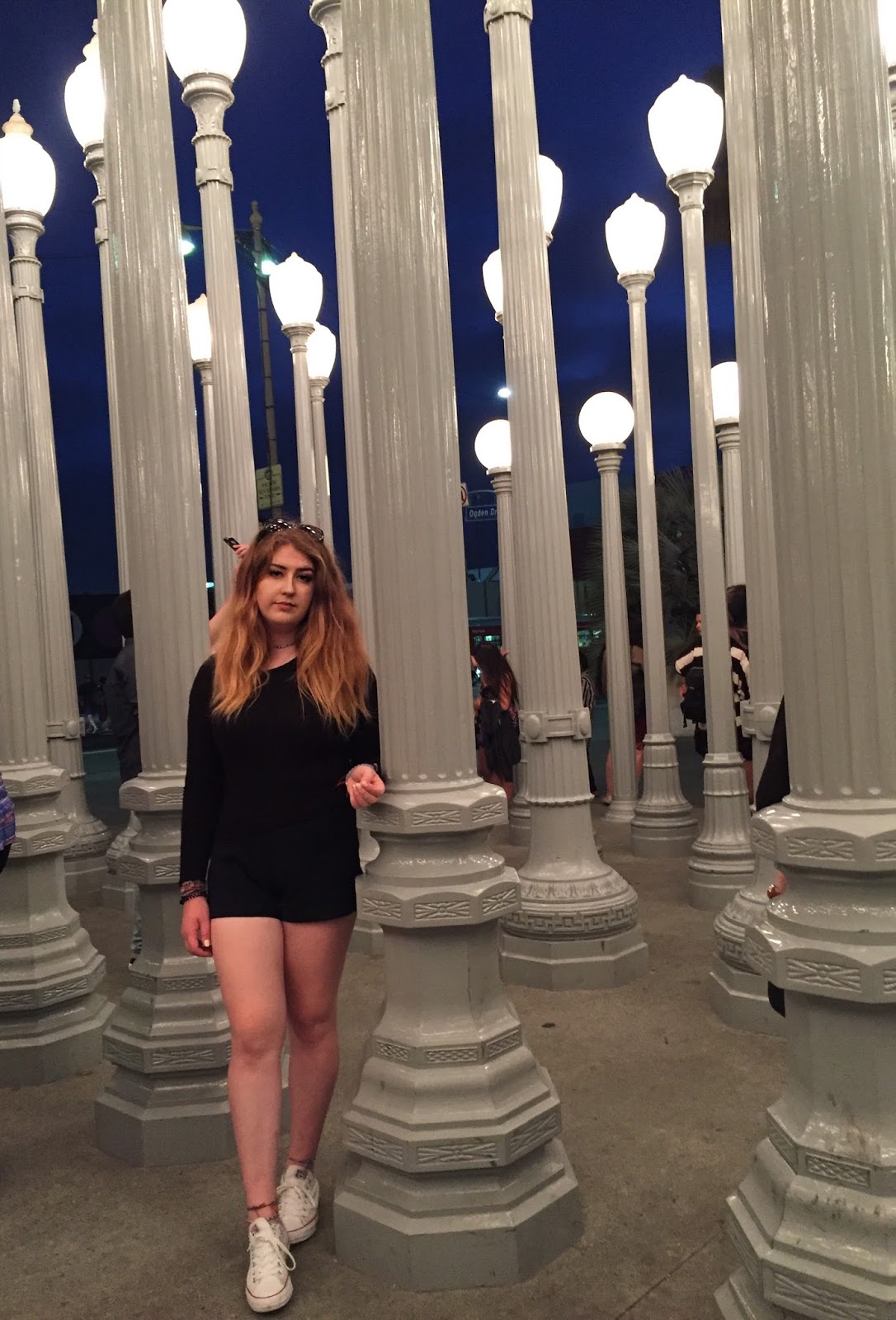 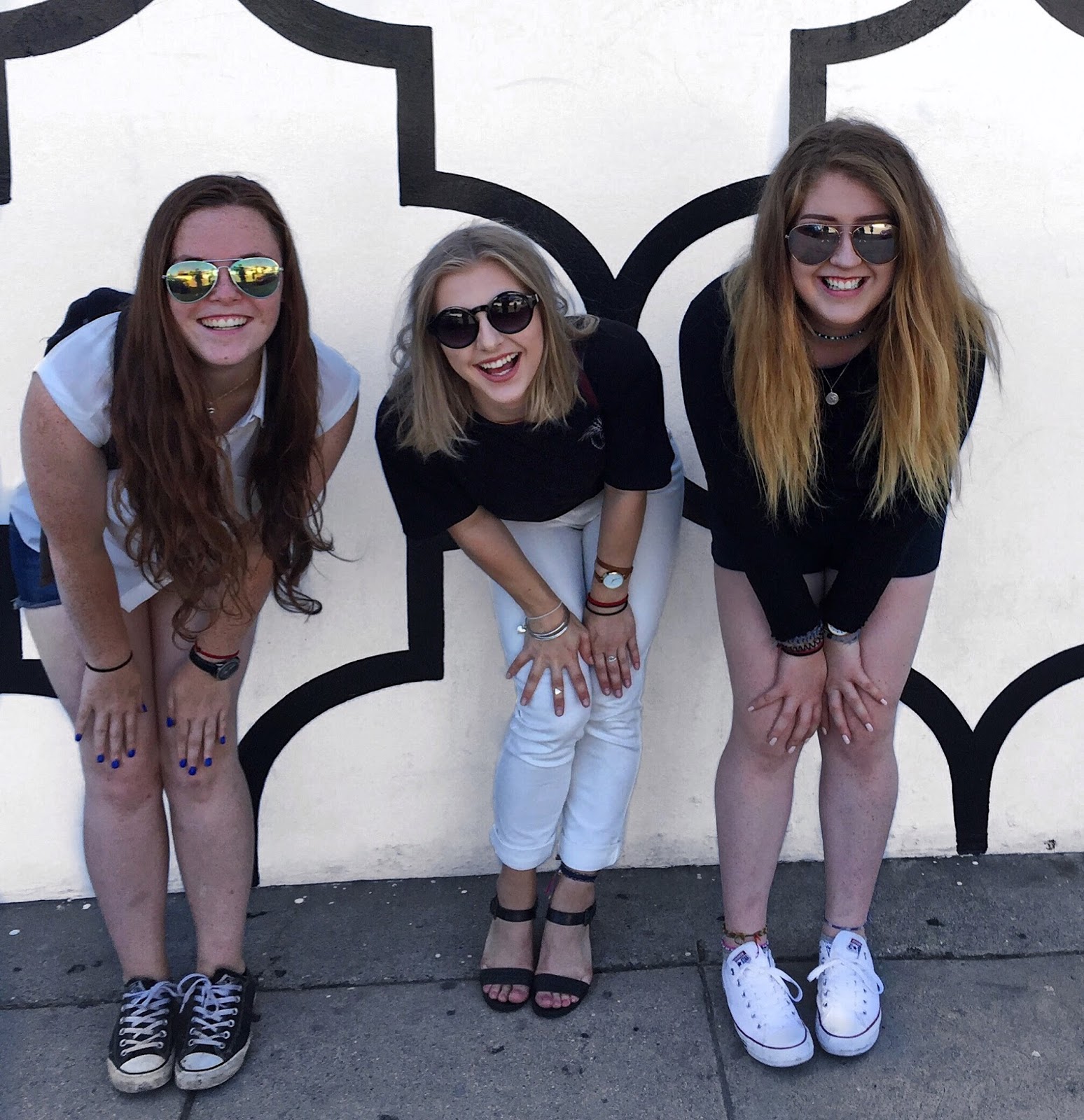 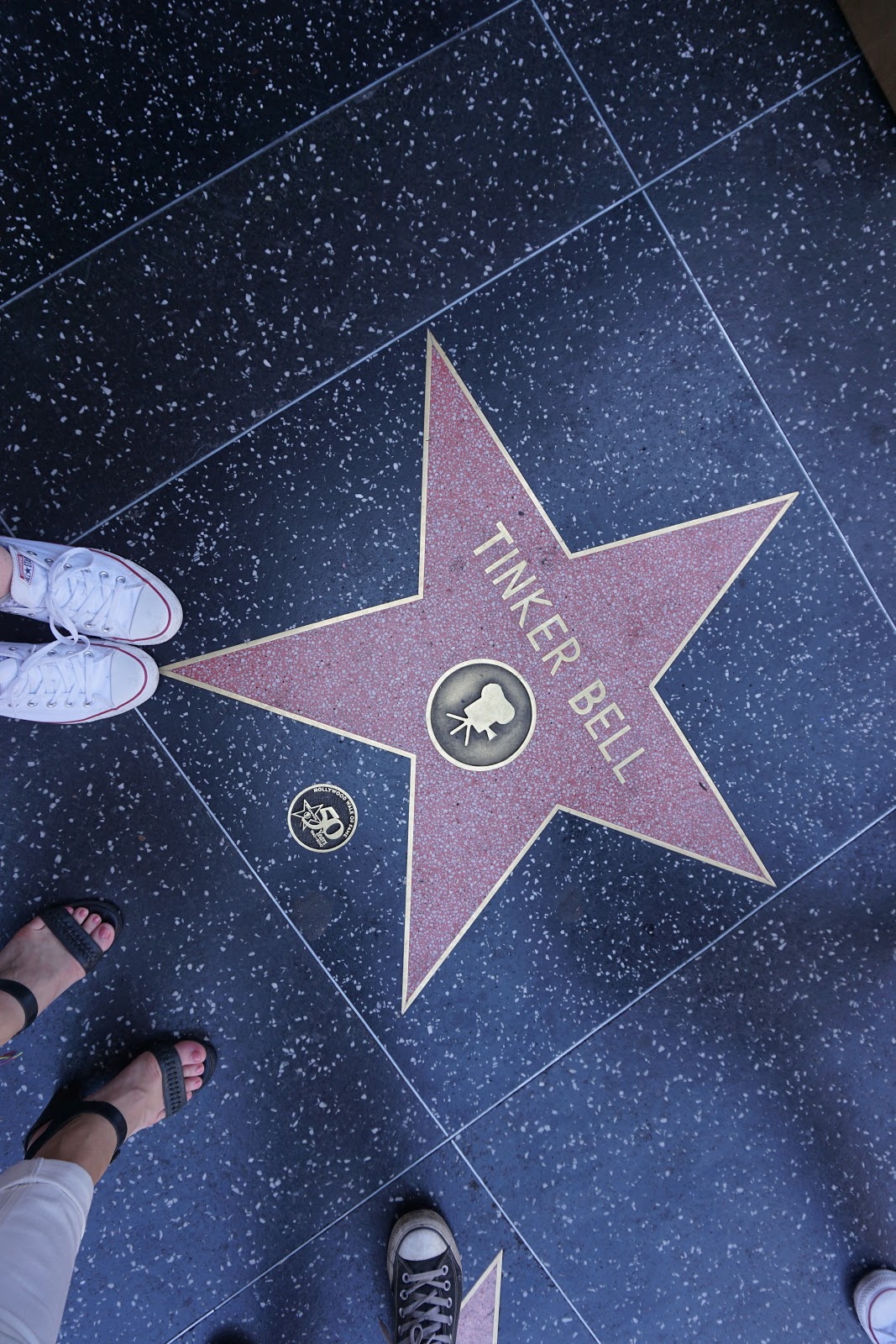 Now, can you really go to LA without going to Universal? I had never been to a Universal Studios before so I wasn’t sure what to expect – but sadly I think I was a little disappointed. One thing I did enjoy was the studio tour, and I’d recommend that to anyone who visits Universal! Personally, I’m not a huge Harry Potter fan but the rest of my friends were so a visit to Hogwarts was truly magical for them. We ended the day in Universal Studios with a Harry Potter light show that was projected onto Hogwarts. Both the lights and the music in the show were very impressive and a wonderful way to finish the day. 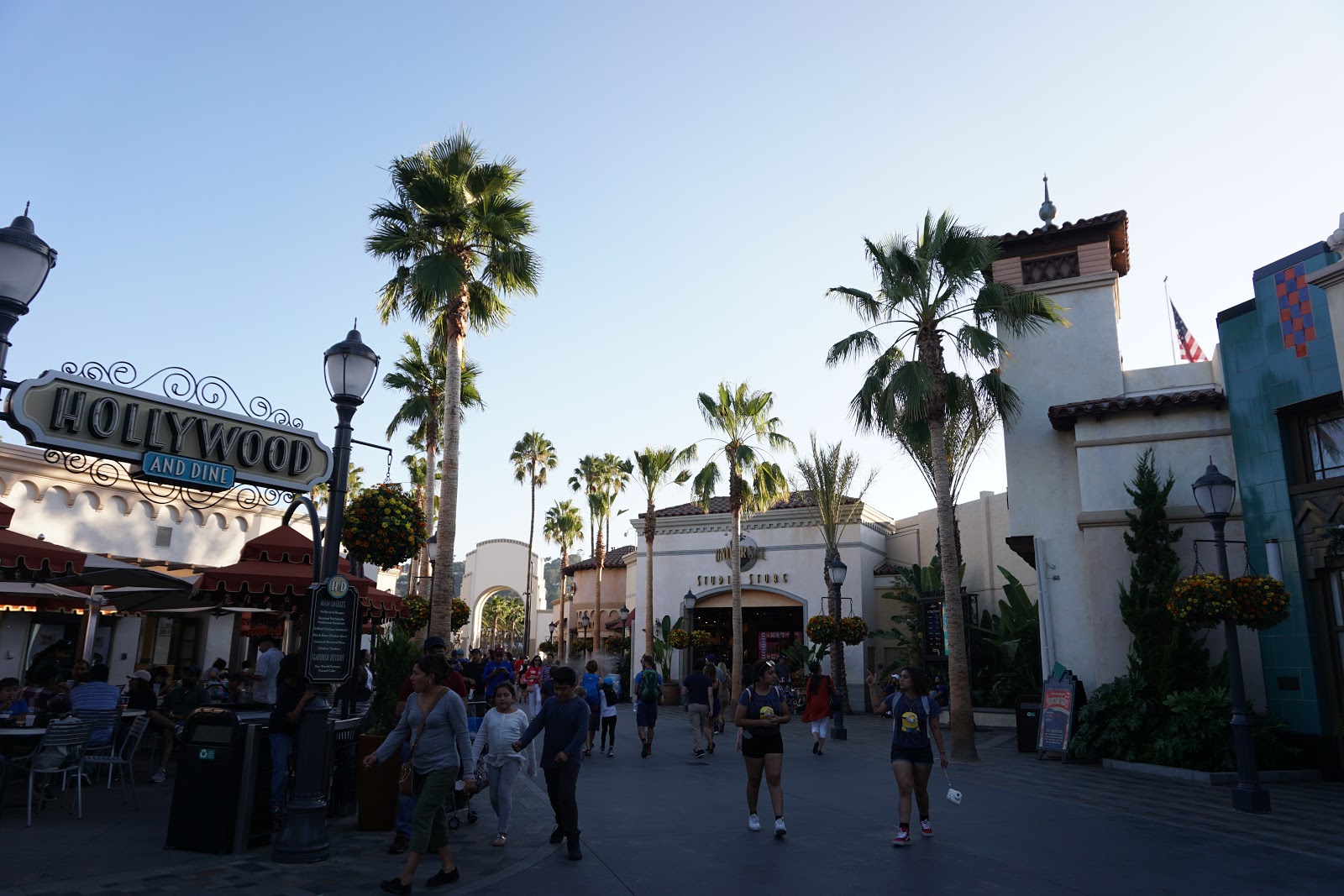 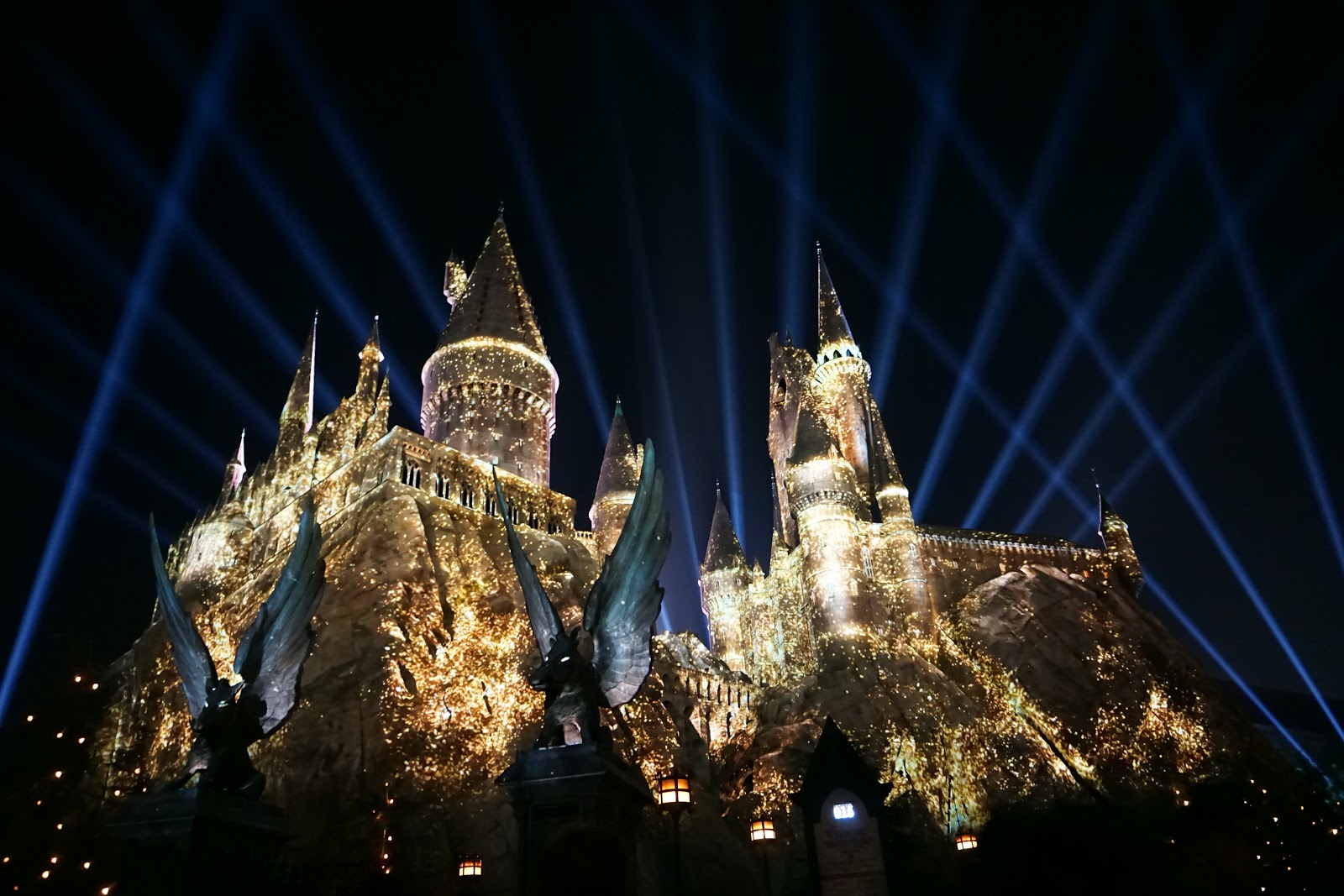 Ah. The Hike. We only had 3 nights in our Hollywood Air BnB, so on our 3rd full day in LA we were due to check out and move down to our next apartment on the coast. However, me being….well, me, I couldn’t leave Hollywood without hiking to the sign – something that has been on my bucket list for years! I’d been researching the trails for the past few days and though I’d identified the best route for us. It was describes as “short and suitable for average ability” so I thought great!  So that’s the hike we took. To cut a long story short, we hiked up the most difficult path there is, the steepest incline although the “shortest”. I’ll be honest, we obviously weren’t experienced hikers, nor did we have the best level of fitness so after I’d had a mild anxiety attack at the top after realising we were half way into this hike, we continued and eventually made it to the sign! It was totally worth it, and a truly magnificent view. 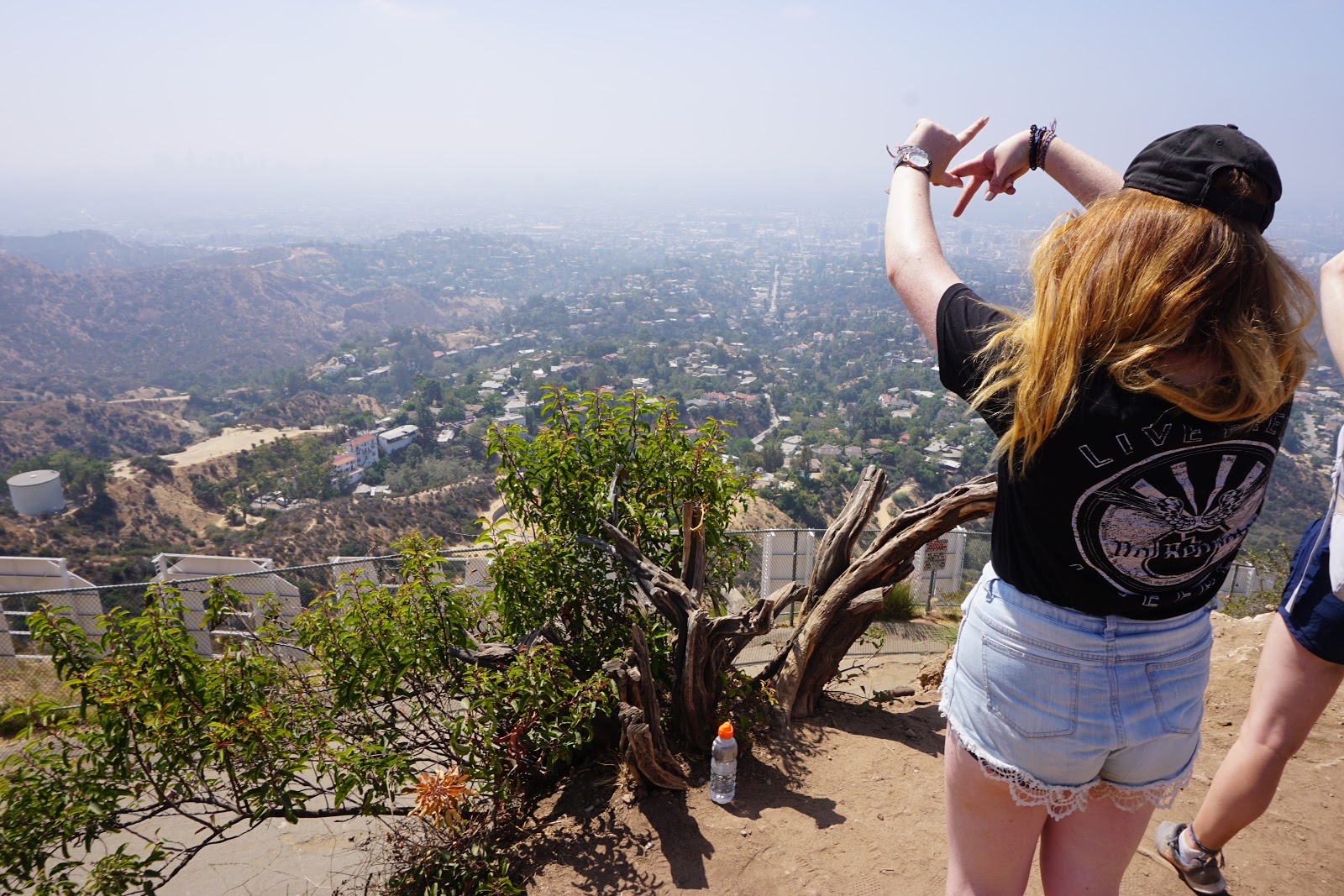 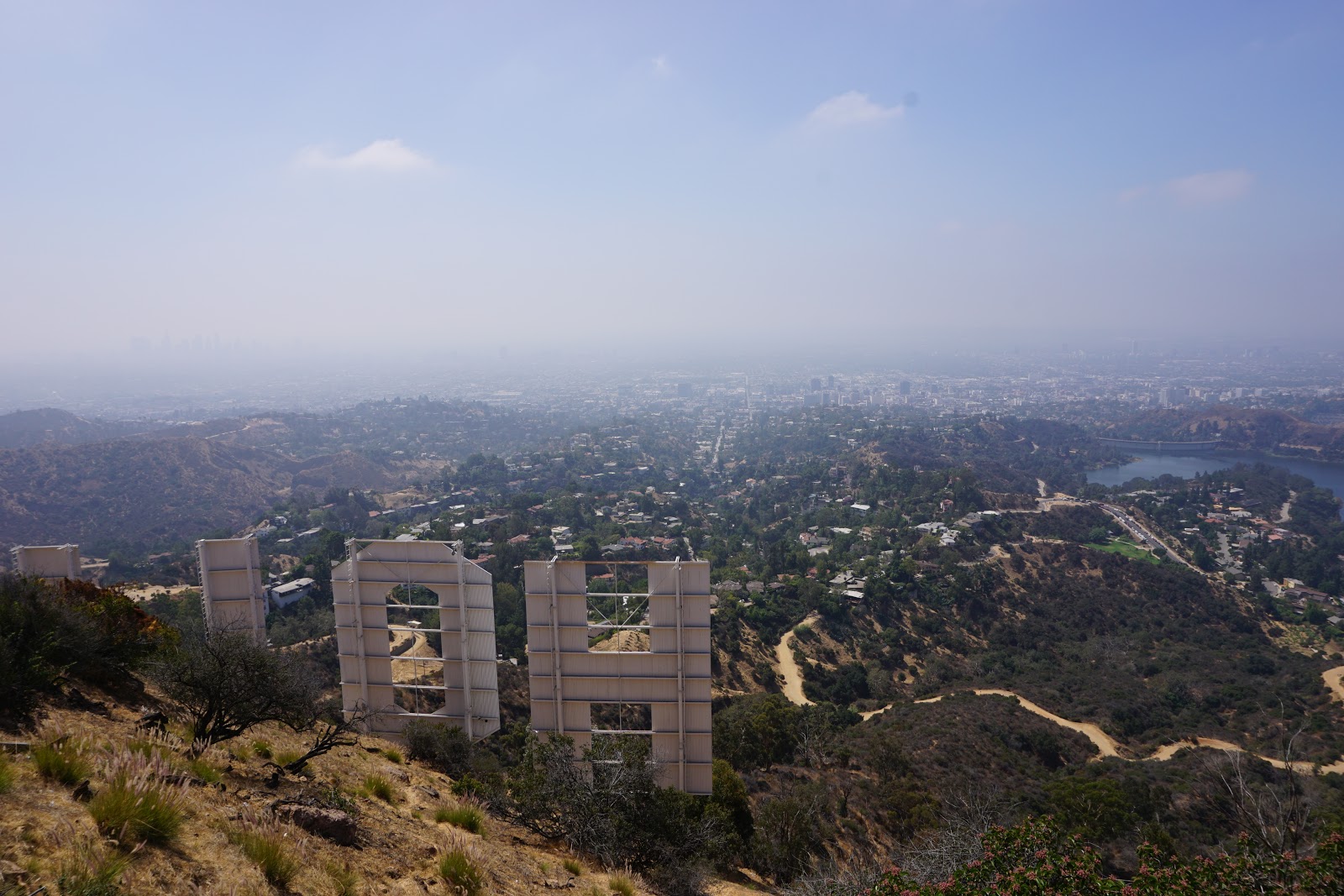 The rest of our LA visit I will post in the next post, so keep your peeled for that!