Part 3 of my American adventures series is going to be on one of my favourite places that I visited – VEGAS BABY.

The flight took off from San Francisco after a few nights exploring the city, you can read my post on that here, and off we flew to the infamous Las Vegas. The flight was only just over an hour, but it meant we were landing at around 9pm in the dark, and wow what a view we had! Coming into land in McCarren International airport in Las Vegas was something I’ll never forget, you could see the entire strip lit up – the Eiffel tower, the Pyramids, everything! It really was quite magical, for lack of a clique.

Our first night in Vegas was quite literally a – check into hotel room….. aaaaand sleep, living it up right? But in our defence flying tires you out at the best of times, and at night it’s even worse. One thing I will say about Las Vegas, and America in general but it hit us in Vegas, was “city tax”. I know what you’re thinking, whaaat? Well, in America they have extra fees added up onto everything, taxes and tips alike, but we weren’t aware that these were additional to the price we’d paid online for the hotel. So when we checked into Silver Stevens, located just off the strip, needless to say we were a little shocked at the extra $60 we had to fork out at the desk. PLUS a $100 deposit (which took 3 working days after check out to go back into the bank).

Apart from that little blip, our stay in Vegas was wonderful! The hotel had a pool so on the 2nd full day, we chose to just lay by the pool all day, with the occasional stroll down to CVS or Subway for food! The weather in Vegas was the hottest we experienced during our travels, it hit around 43 degrees celsius. I would recommend the hotel, the rooms were nice- spacious, clean and had everything we needed for 4 adults but having realised that we could have had one of the hotels on the strip for the same price we paid for Silver Stevens (including taxes) next time we’d stay a bit closer to the action. It was nice to have a day just relaxing by the pool, after the long day out and Grand Canyon the day before, but I’ll come onto that in a bit. We decided to venture out into the strip to catch the beautiful Nevada sunset and see all the lights that we’d briefly caught upon arrival.

The strip lit up at night honestly had me in awe, never before have I been so mesmerised by bright lights. I’m a city girl, as pretty much everyone knows, but Las Vegas just stands for something else entirely. One of my travel mates said something whilst we were wandering around the strip that has really suck with me, maybe because it’s probably true. She said “people don’t live in Vegas, they only exist” and I actually really like that, I think it captures the excitement that the city encapsulates. It’s somewhere that I really enjoyed “existing”.

Here are some photos of me totally in awe of the Las Vegas lights. 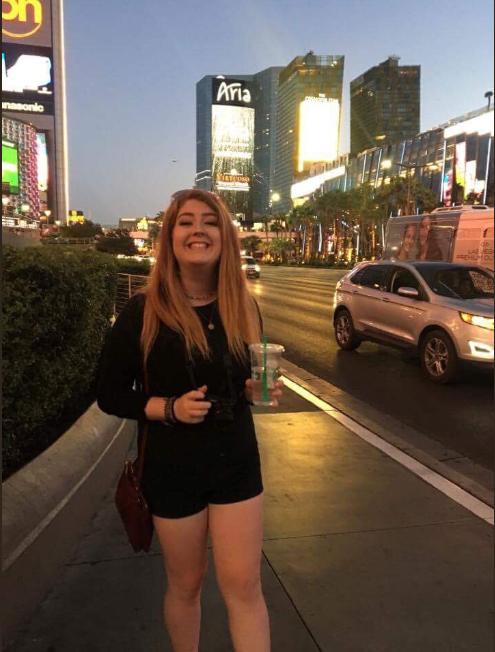 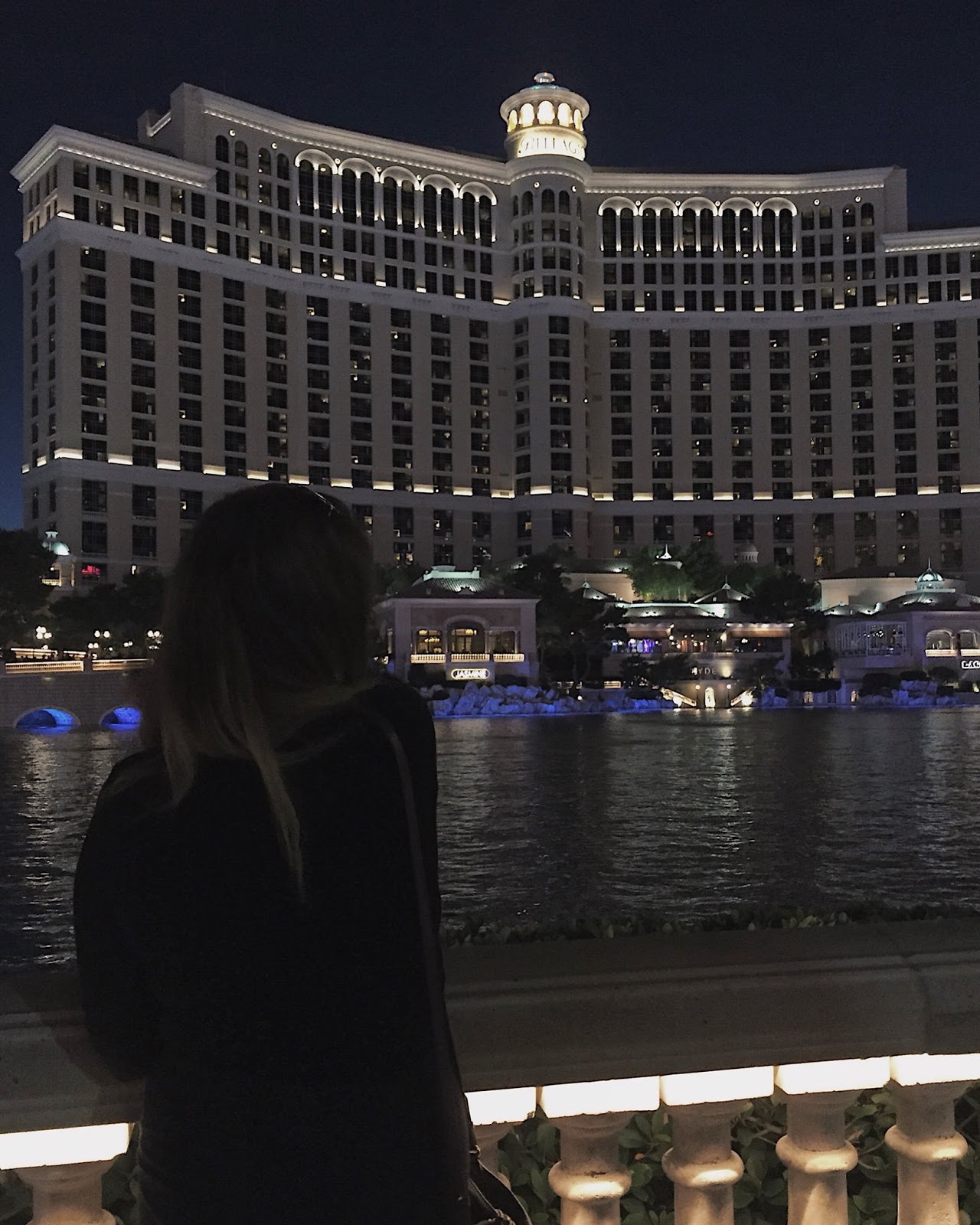 So, as I mentioned, one of the days in Vegas we did decided to do the Grand Canyon tour. We booked with the tour company “Canyon Tour” and booked the $89 South Rim Bus Tour. I wish I could say this was the perfect excursion, but unfortunately not. We had booked the day before, so granted we booked a little late but we were assured by the online booking system all would be fine. Thankfully we had alarms set for 5am, as we were told the bus would pick us up at 6am outside our hotel, but the morning off the hotel room phone rang – a curtesy call to make sure we would be ready and waiting for our bus at 6am. Down at the arranged meeting point just before 6am and there’s no sign of the bus anywhere. It’s not until we ring 3 different numbers in an attempt to contact the company and 40 minutes of waiting outside that the bus turned up, problem 1. We were driven to the depo where we were given a brief talk about what to expect, allowed to buy breakfast and snacks and shuffled onto our bus. Somehow, the bus was “overbooked” which meant the 4 of us along with 3 other passengers were stood outside the bus we’d paid for, with no seat. Luckily, we were appointed the seats at the front of the bus (that you were supposed to pay an extra $20 each for!) however the other 3 passengers never got on, so who knows what happened to them and if they ever a made it to the canyon! Problem 2. The bus driver was awfully rude and rather discriminatory, we have written complaints to the company three times but with no response! Problem 3.

Regardless of the issues we had, it was definitely worth visiting the Grand Canyon. As one of the 7 natural wonders of the world, it really is quite spectacular! We stopped at ‘Bright Point’ and ‘Angel Point’ as well as the National Geographic visitors centre where we were given lunch vouchers which were included in the price of the trip. One of the things I would recommend doing is having an ice-cream at the main stop on the south rim, it was rather dear, at something like $8 but maaan it was good and actually provided us with quite a few laughs! The bus trip was long, about 6 hours there each way with around 3 hours at the actual Grand Canyon, with a stop at the Hoover Damn in the first half of the bus trip. Overall it was a 15 hour day (half of it sat on you bum on a hard coach seat), which is exactly why we needed the day by the pool the day after!

I would definitely return to Las Vegas, and maybe a good few years time I’d like to return to the Grand Canyon too! If you’re looking to travel the west I would 100% recommend that these two places are very close to the top of your list. 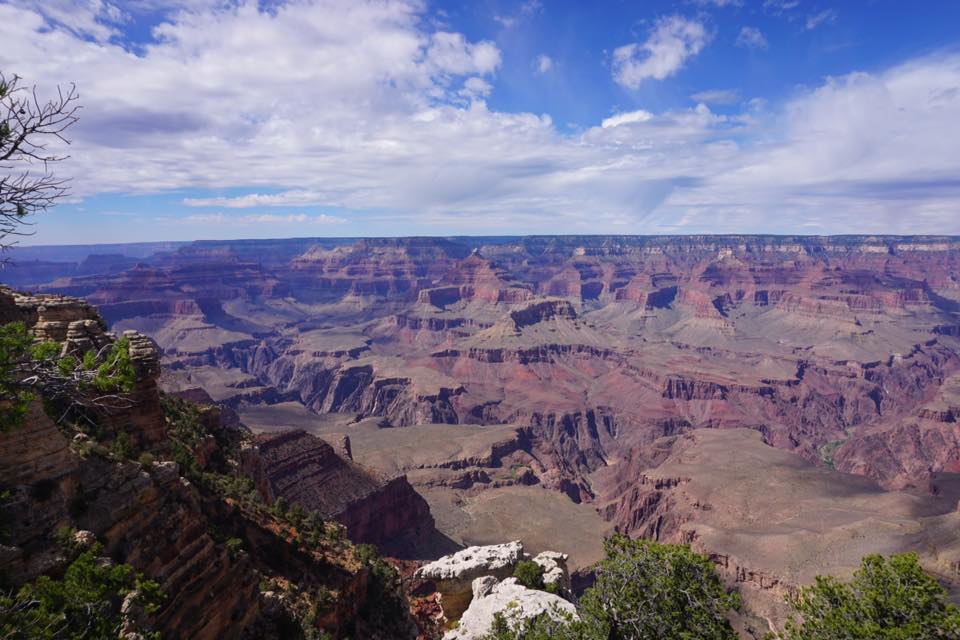 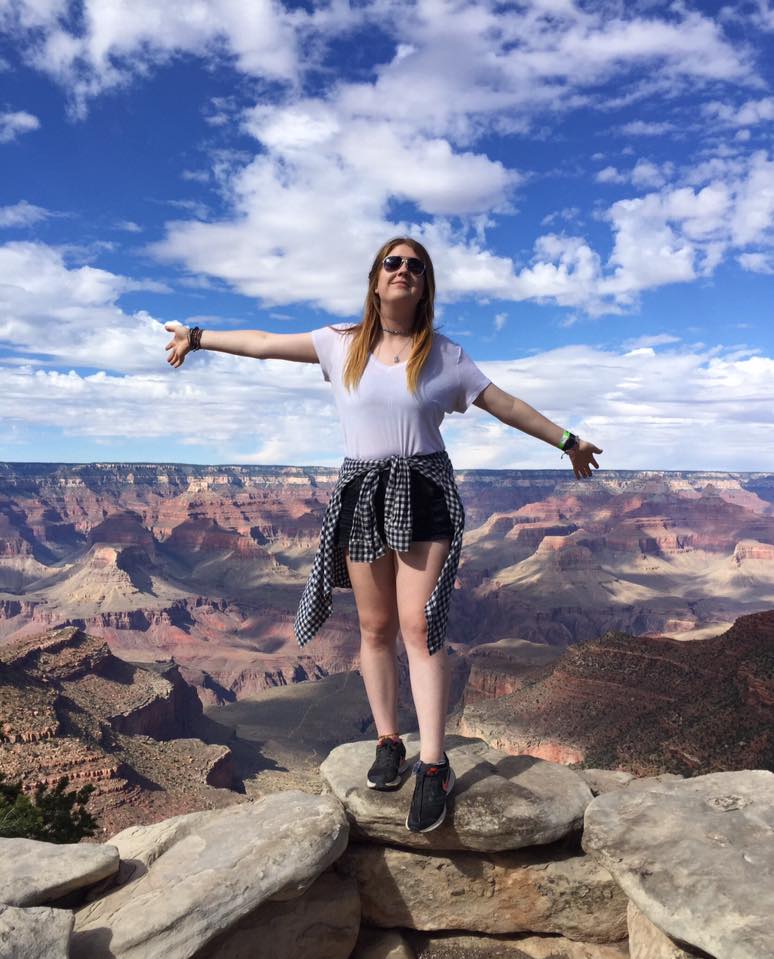 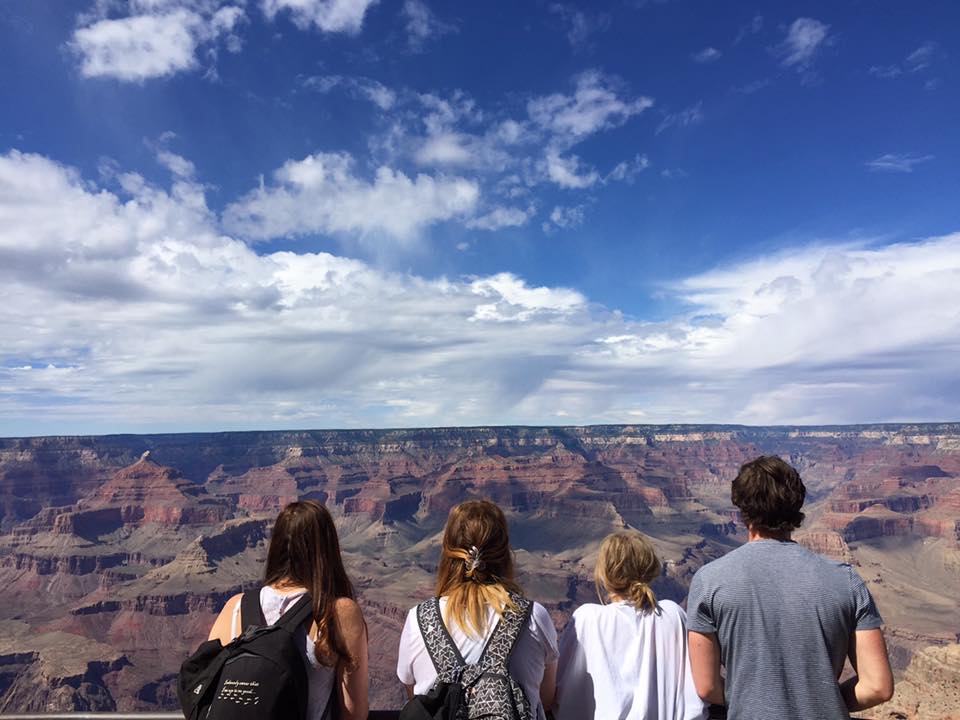 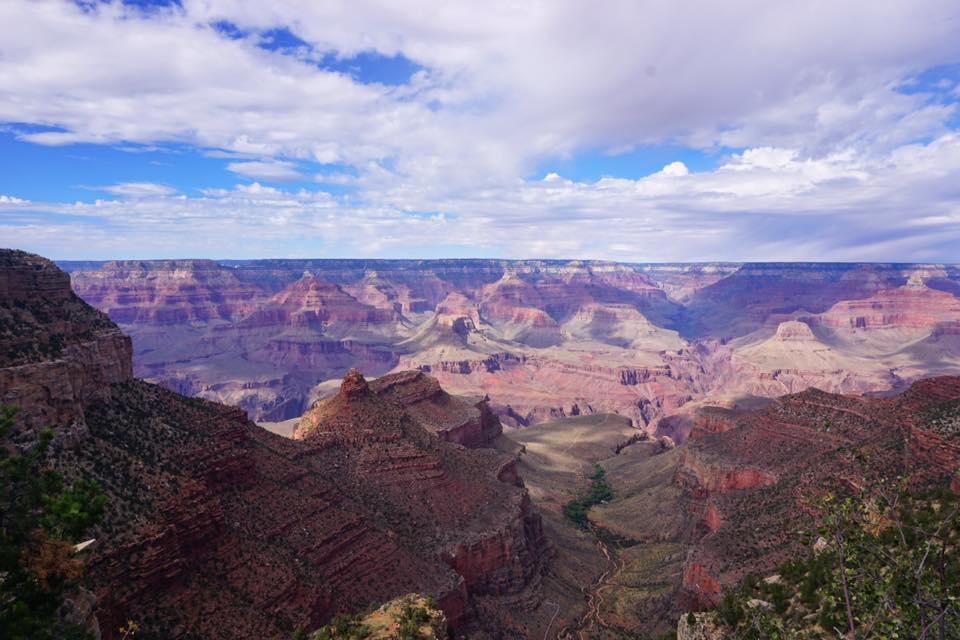 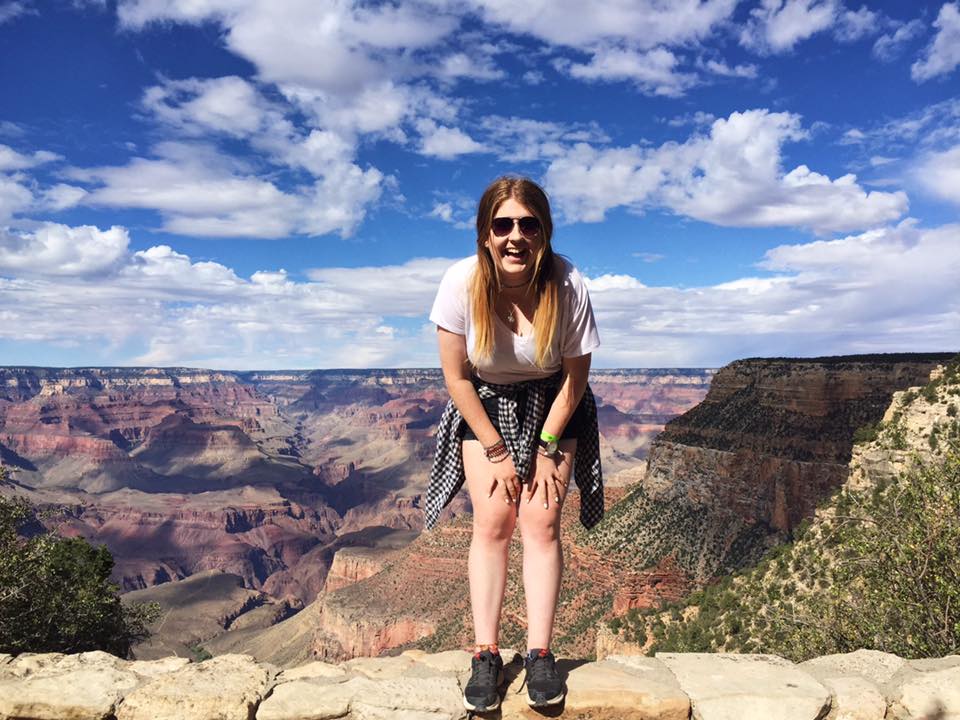 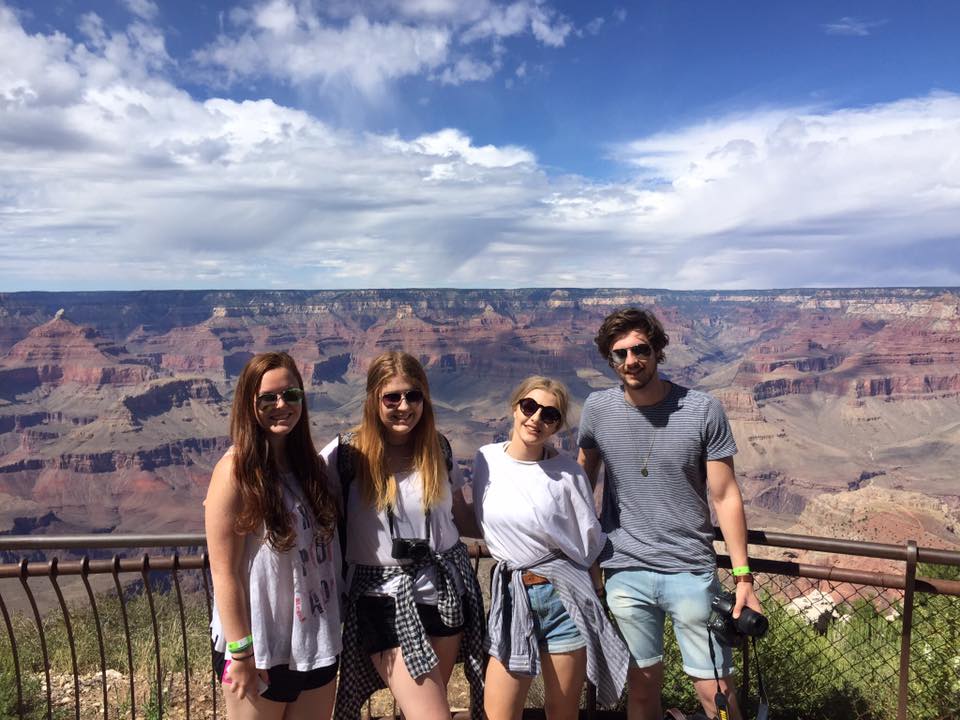