If you’ve been following my blog for a while you’ll know that this time last year I went to see my favourite band live for the very first time (concert review for that show is here)! That band is All Time Low, and yesterday I was able to see them again at their 1st show of their UK ‘Back To The Future Hearts Tour’ in Cardiff. 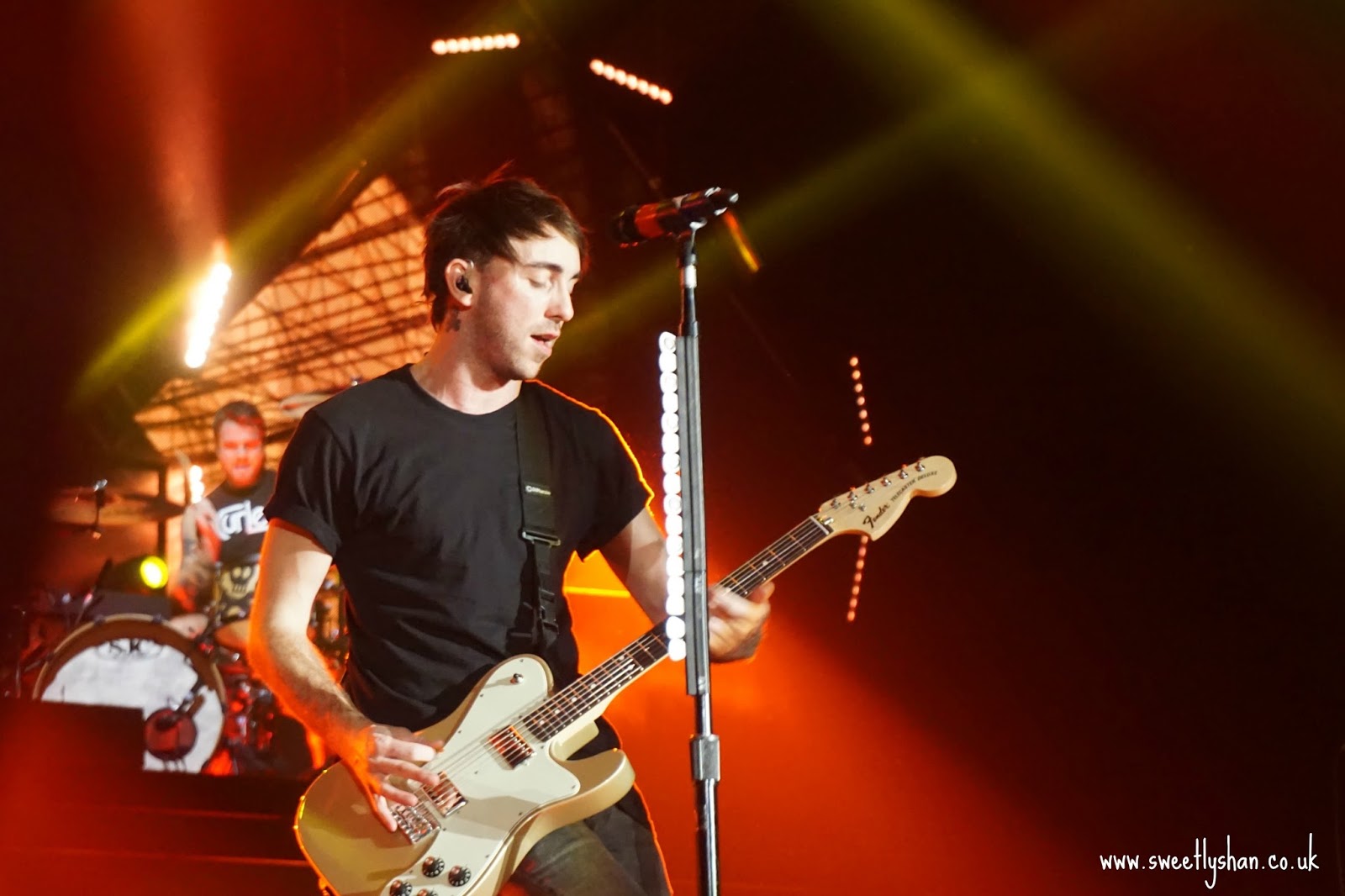 I must admit, I did spend a long while queuing to get to the front of the crowd (and in very cold temperatures from 9 in the morning…) but needless to say it paid off and the show was amazing! If there’s one band I’m not ashamed to be a crazy HUGE fan of, it’s All Time Low. Shameless. I did vlog the day, you can view that below!

Supporting All Time Low on this UK tour are old school punk rock band Good Charlotte, and much fresher faces Against The Current. I have been a fan of both of these bands for ages so I was very excited to be able to see them live for the first time!

Against The Current are a much younger band than the other two, however lead singer Chrissy Constanza seemed like an old hand jumping around on the stage! Whilst the majority of the audience weren’t familiar with the band, or their music, it would have been rather difficult to get everyone up and dancing. But it all fairness; they achieved just that! I, however, was that one really annoying person who knows the lyrics to all of their songs and was bobbing around in the second row (which

eventually caught the attention of Alex Gaskarth who was watching the set from backstage.)

Good Charlotte, who last toured as a band around 7 years ago, are in the process of making their massive comeback and from the way the crowd reacted to their set last night- I’d say it’s going to be a good one! (See below for their full setlist) Good Charlotte’s set lasted around 50 minutes. 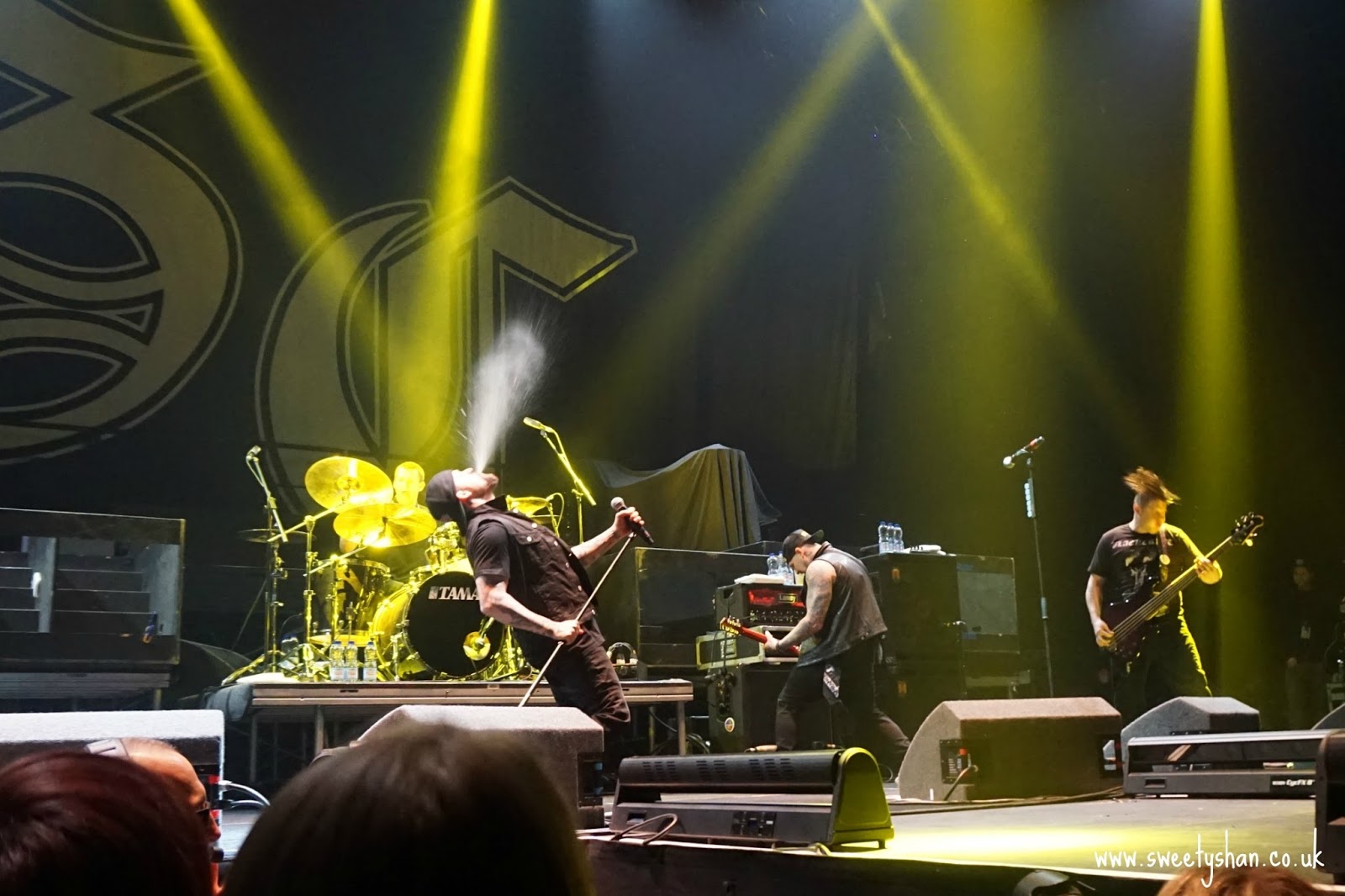 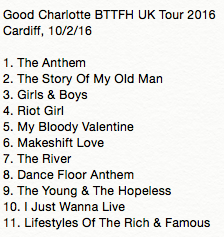 The band played a mix of their old favourites and a few new songs form their new record; which we were told should be coming this autumn. For their first tour in such a long time, I can honestly say they still have it (whatever IT is…). Lead singer Joel Madden has such an energetic stage presence and definitely did his job in warming up the crowd! I’ll leave the set list for the Good Charlotte set below! The band also hinted that they would be touring themselves over in the UK in the future, and after seeing them perform last night I can 100% say I will be going!

You could say All Time Low made quite the entrance to their set, appearing up through the stage on a moving platform. Their 1 hour and 30 minute set was packed full of new songs off their 6th studio album, Future Hearts (read my album review here), as well as some of their older classics and a new addition with plenty of pyro technics! Needless to say there was mention of Jack’s close call with a flame during rehearsal…and reference to 5SOS’s Michael Clifford’s O2 accident! 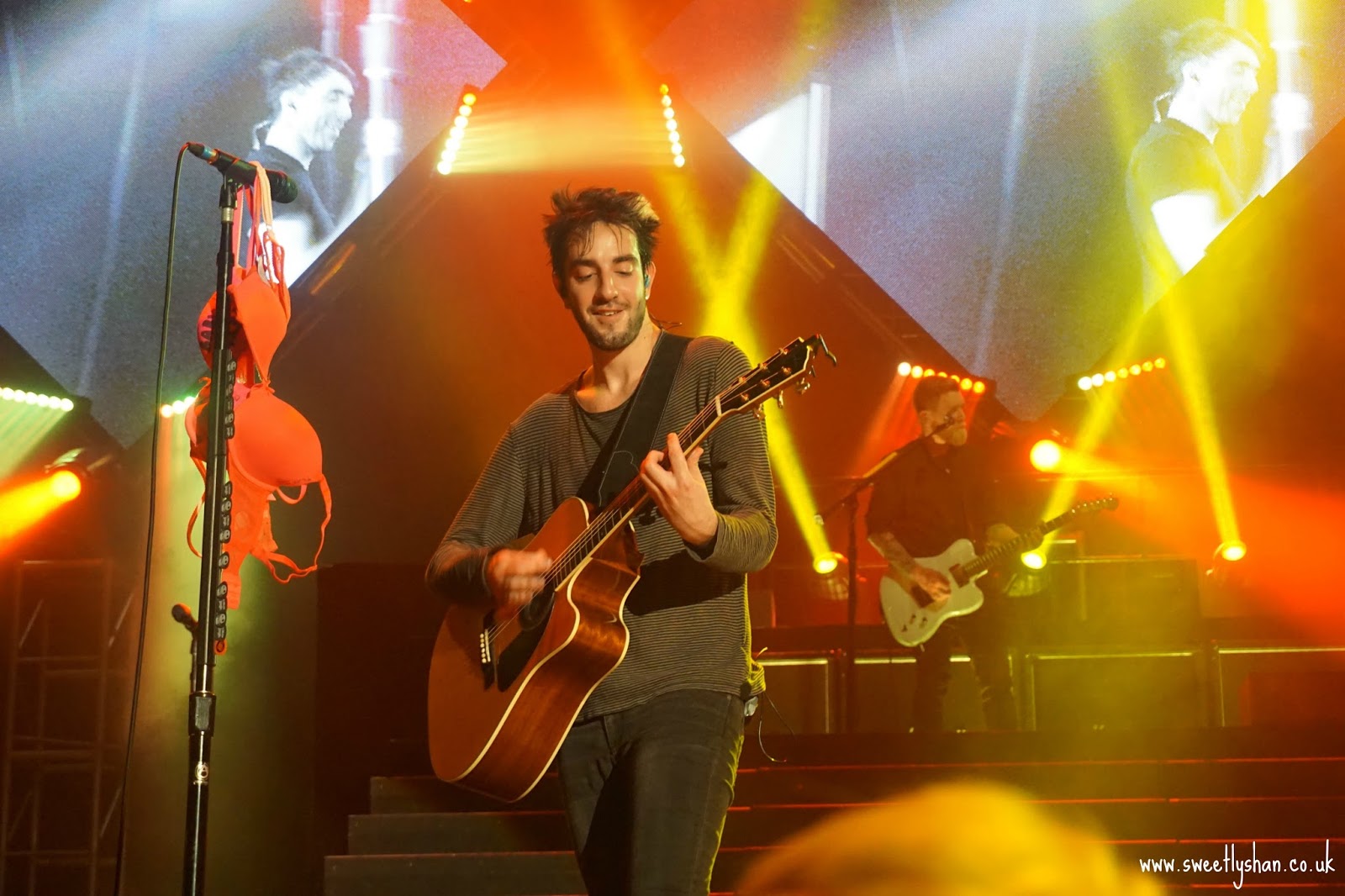 The band kicked off the set with their 2nd single off the album, Kids in the Dark which proved to be a success and a great way to start the tour. The guys played 8 of their more upbeat songs before slowing it down to play Tidal Waves, Bail Me Out- which features Good Charlotte frontman Joel Madden, however Alex explained that Good Charlotte had to leave after their set so Joel wouldn’t be joining them onstage. Although I do believe that he will be doing so for the rest of the tour.

The rest of the band disappeared off the stage when it was time for frontman, Alex Gaskarth, to sing the song which could be said to mean the most to the All Time Low fans, Therapy. Alone on the centre of the catwalk, Alex performed the balled beautifully whilst the crowd echoed the lyrics back to him whilst holding up phone lights. It was perhaps the stunning performance of the night, for myself, the rest of the crowd and Alex himself, who was smiling so much as he let the crowd sing the chorus.

Soon after they picked up the pace again playing 4 more huge hits before saying goodnight and exiting the stage. The encore, consisted of the huge smash it Weightless, newest hit Something’s Gotta Give (which they debuted in Cardiff this time last year!) and ended the show, as always with their biggest hit, Dear Maria, Count Me In.

I will leave All Time Low‘s full setlist below. 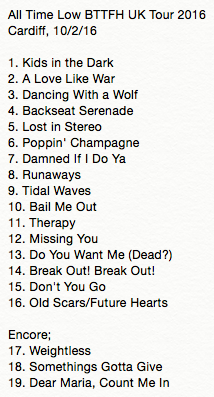 The bands stage presence as always was on point! With all 3 guitarists bounding around the stage,  exchanging inappropriate comments and actions and making sure the crowd had the best night of their lives. In my opinion, they achieved this, effortlessly. Stage right, Jack Barakat, also did a few laps around the barrier, hi-5’ing fans and taking selfies before stage diving at the end of the show. Without a doubt it was the best concert I have ever been too and it will take a lot to top their stage presence, undeniable vocal/music talent and charisma.

If you are going to one of the dates on this tour; you will have an absolute ball! Tonight they play London’s infamous O2 Arena for their first headline show in the venue! See below for all tour dates and where to get tickets. 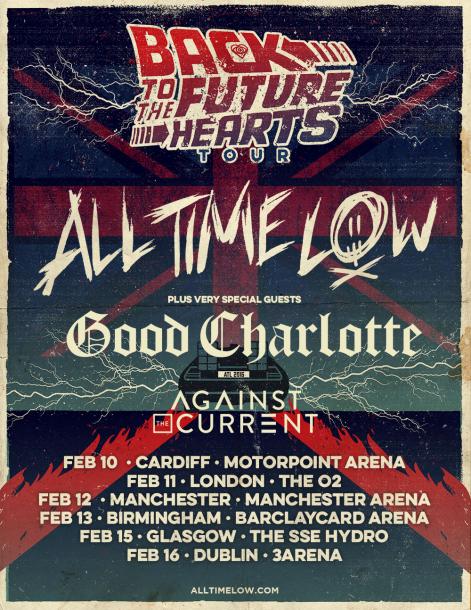 Where To Find All Time Low;